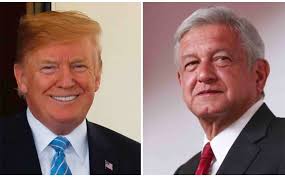 LONDON — A global deal to cut oil supply and stem a historic price rout hung in the balance on Sunday as negotiators raced to find an agreement with just hours to go until the market opens.

Diplomatic wrangling between Mexico and Saudi Arabia entered a fourth day as neither side was willing to concede, even after President Donald Trump intervened with a compromise and U.S. senators applied pressure to longtime ally Saudi Arabia.

Negotiators have hours to spare before the oil market opens and traders pass judgment on the deal — or the failure to reach one.

The market is already collapsing under the weight of a glut that amounts to about a third of global demand after the coronavirus locked down the global economy and Saudi Arabia and Russia flooded the market in a price war.

In another sign a deal was some way off, Saudi Arabia delayed again its monthly price-setting event as it awaited the result of talks.

Negotiations have escalated to the highest level, with Trump speaking to his counterparts by phone, and the consequences of failure are far-reaching.

At stake is the future of the U.S. shale industry, the stability of oil-dependent states, and even central banks’ ability to respond to the economic impact of the virus.

The hold-out in talks is Mexico. Populist president Andres Manuel Lopez Obrador has pledged to restore his country’s oil-pumping prowess with its politically symbolic state oil firm, and so he is reluctant to agree to deep cuts.

Trump offered a compromise but it wasn’t good enough to clinch a deal, and talks continue between Saudi Arabia and Mexico.

An unprecedented reduction of about 10% in worldwide crude output had looked all but certain last week, and Russia said it considered the deal done.

But OPEC+ made its commitment to cut a record 10 million barrels a day conditional on Mexico’s agreement. According to delegates, most OPEC+ countries back the Trump compromise — by which reductions to U.S. output would count toward Mexico’s quota. Saudi Arabia insists that Mexico cut its production as much as everyone else.

Even as a deal looked likely last week, oil prices continued to plunge. West Texas Intermediate crude slid more than 9% on Thursday, settling below $23 a barrel, on speculation that any cut would fail to offset a glut that keeps swelling as the pandemic spreads. Markets were closed on Friday.

The OPEC+ alliance initially met on Thursday via video conference, followed on Friday by a virtual gathering of energy ministers of the Group of 20.

The G-20 said it would take “all the necessary measures” to maintain a balance between oil producers and consumers, but it made no commitment toward specific steps on production cuts. The communique was watered down from earlier drafts, notably removing language that said the group would do “whatever it takes” to ensure that the energy sector is contributing to the global recovery from the pandemic.

The OPEC+ coalition, comprised of members of the Organization of Petroleum Exporting Countries and allied producers including Russia, had been voluntarily curbing output since 2017. The alliance began to crumble last month when Saudi Arabia and Russia couldn’t agree on deeper production curbs in response to the virus, triggering an oil-price war between Riyadh and Moscow.