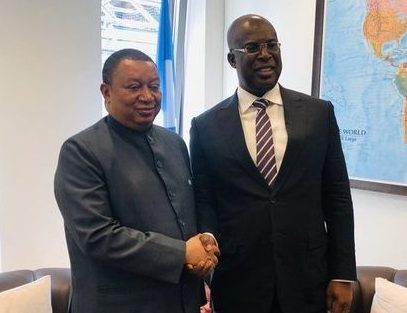 Lagos — Nigeria has further cut down on crude oil production in a bid to compensate for months of non-conformity to its OPEC cuts quota.

The West African country had in April produced 1.3 million barrels per day (1,372mb/d), 56 thousand barrels below its production in March’s 1,429mb/d.

Minister for States Petroleum Resources, Timipre Sylva had on behalf of the country, promised to pay back its defaulted quotas from last year in 2021.

Nigeria was allocated a production quota of 1.5mb/d for 2020 in the ongoing cuts by the Organization of the Petroleum Exporting Countries and its non-OPEC partners, but had produced 1.7mb/d in 2020.

However, since January 2021, the country started to reduce production to the tune of 1.4mb/d up until March, further deepening output to 1.3mb/d in April, according to data sourced from OPEC.

Due to the country’s positive efforts at making up for overproducing, OPEC recently appointed Sylva as a special convoy to oversee full compliance of other defaulting OPEC members.

Preliminary data indicates that global liquids production in April decreased by 0.15 mb/d to average 93.06 mb/d compared with the previous month, and was lower by 6.45 mb/d y-o-y.

The share of OPEC crude oil in total global production was up by 0.1% in April to 27.0% compared with the previous month.

Nigeria had set her 2021 national budget at $40 per barrel on a 1.9million barrels per day oil production.