…Urges oil producers to be vigilant of market signs, indicators 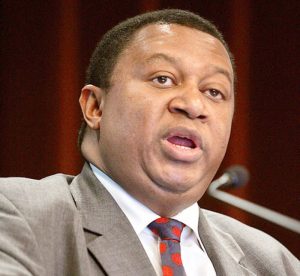 19 May 2018, Sweetcrude, Lagos – Secretary-General of the Organisation of the Petroleum Exporting Countries, OPEC, Mohammad Barkindo, said the organisation’s oil cuts and the recovery of oil prices it has brought about will spur return of investments in the sector.

He made the statement in his keynote speech at the 22nd International Exhibition & Conference, “Oil & Gas Uzbekistan (OGU)”, held on 16 May at Tashkent, Uzbekistan.

According to him, the cuts were not just about restoring market balance in the short term, but also about ensuring the continuity of that new cooperation into the long term, while also restoring investors’ confidence in the sector.

He added that while the smooth and reliable implementation of the OPEC’s Declaration of Cooperation, DoC, has had several significant outcomes, one of the most important is that it is gradually fostering the enabling environment for the rebound in investments, which sharply contracted by about 25-27% in 2015 and 2016.

In this, he said three keywords come to the fore:  fairness among all participants in the Declaration, transparency of production levels and verifiability through well-established mechanisms for monitoring and implementation of the Declaration – that is, the Joint Market Monitoring Committee, JMMC and the Joint Technical Committee, JTC.

“Of course, investments are the only way to ensure that this is maintained – specifically investments that are timely, adequate and continuous. And, although many recent conversations and exchanges among stakeholders have focused on short-cycle investments, what is most needed is steady, long-cycle investments, which represent the global baseload”.
“It’s worth recalling that our industry is very capital-intensive and technology-driven. Complex by nature, it requires significant up-front investments. But even after such financial resources have been secured, the industry is susceptible to myriad challenges, both regional and global”.

Meanwhile, Barkindo said according to OPEC’s most recent World Oil Outlook, WOO, the majority of the energy demand growth in the 2015-2040 period comes from non-OECD (The Organisation for Economic Co-operation and Development) countries with around 29 mboe/d, while some 5 mboe/d is located in the mature markets of OECD countries.
Long-term oil demand is expected to increase by 15.8 mb/d, rising from 95.4 mb/d in 2016 to 111.1 mb/d in 2040.

In the long term, Barkindo said more than half of the oil demand growth is expected to be satisfied by light products.

Separately, the demand for middle distillates is anticipated to increase by 6.8 mb/d during the forecast period, according to the OPEC chief.
On the lessons learned from the most recent and perhaps worst prolonged oil market downturn in history, Barkindo said oil-producing countries, “must always be vigilant of market signs and indicators; and that we must always have the mid and long-term in mind as we make our short-term calculations and decisions. Recognizing that something needed to be done in direct response to this recent market downturn was a positive, constructive response by responsible global producers”.
Another lesson, however, according to him, is that oil-producing countries “can and should no longer act in isolation”.

“The complexity and interrelated nature of markets and economies today requires concerted efforts to ‘not go it alone’ and to instead seek ways to work together in common cause. Collective problems require collective responses – and this is something that the international community continues to learn”.

“Let me also add here that we must also expand and institutionalize this powerful international dialogue and cooperation if we hope to effectively address the major global challenges related to climate change and the environment, sustainable development and energy poverty”.
He added that signatories of the ‘Declaration of Cooperation’ welcome any additional support from the world’s other producers, expand the ”circle of trust” to include other countries, whether they form part of the original decision or whether they simply offer their gracious support like Uzbekistan.