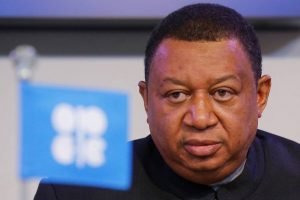 Lagos — The position of the Organization of the Petroleum Exporting Countries, OPEC, on world oil demand growth for the next few years. has differed with that of the International Energy Agency, IEA.

OPEC, in its World Oil Outlook, WOO, 2021, released on Tuesday, said oil demand will grow sharply in the next few years as economies recover from the pandemic, adding that the world needs to keep investing in production to avert a crunch despite an energy transition.

This view is at variance with the forecast in the IEA’s May report which calls on investors not to fund new oil projects if the world would have to reach net zero emissions.

“Energy and oil demand have picked up significantly in 2021 after the massive drop in 2020,” OPEC Secretary General Mohammed Barkindo wrote in the foreword to the report. “Continued expansion is forecast for the longer term.”

“OPEC and its member countries inherently support ambitions to decarbonise the energy mix, but it should be noted that the analysis underpinning this outlook suggests there are still considerable doubts as to whether all these ambitious climate-mitigation commitments will be met in the proposed timeframe. For example, the EU Commission’s ‘Fit for 55’ plan remains exactly that for the time being, a plan, which still needs to be negotiated and agreed by all EU member states, leaving ample scope for exceptions and watering-down,” Barkindo said in his note. He added that given developmental needs, oil will remain an important part of the mix for years to come, still making up 28% of the global energy mix in the reference case by 2045.

This, he said, is based on a return to pre-pandemic economic and oil demand levels during 2021–2022, and steady economic growth thereafter.

Nonetheless, the WOO admitted that renewable energy sources will be the fastest-growing source of energy and will represent a vitally important part of the energy mix by 2045.

On the supply side, the WOO said OPEC supply is set to recover, and meet much of the demand for new oil in the medium-term and beyond, adding that in the long-term, the burden is expected to be on OPEC members to provide much of the  oil to meet the world’s needs.