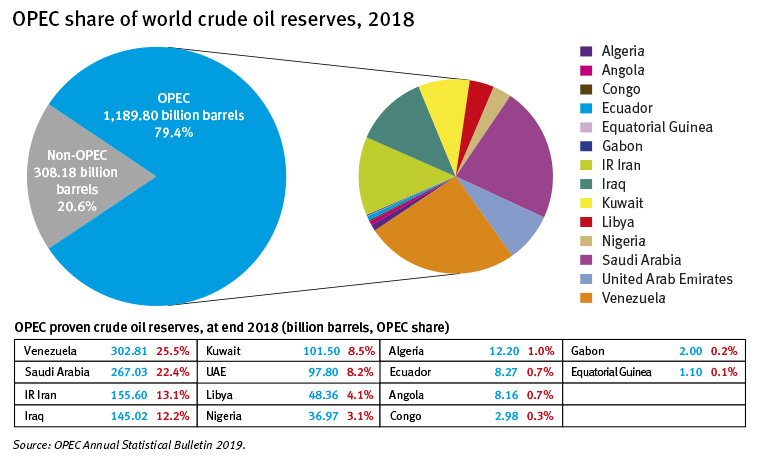 Lagos — Members of the Organization for the Petroleum Exporting Countries, OPEC have fallen short of crude oil supply cuts as survey data obtained from Reuters showed that compliance has fallen to 140% in October from 222% in September.

The news medium’s reference statistics are based on shipping data provided by external sources, Refinitiv Eikon flows data and information provided by sources at oil companies, OPEC and consultants.
Saudi Arabia had increased output to 9.90 million bpd, up 850, 000 bpd from September in the agreement that runs until March 2020, the survey showed.
However, the country still pumps more than 400,000 bpd less than the agreement allows it to.

Although the likes of Venezuela, United Arabs Emirate, UAE, Libya and Iran were also said to have increased output in last month under the survey however, Reuters did not state how much the increases were as OPEC’s Monthly Oil Market Report, MOMR for November which would state data for October is yet to be out. The publication is due out on the 14th.

Despite the said increase by OPEC, September’s output is still the lowest by OPEC since 2011, when the Libyan civil war caused a collapse in the country’s oil output, excluding membership changes that have taken place since then, according to Reuters surveys.