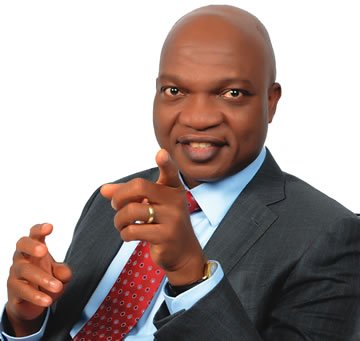 Port Harcourt — As part of its global ambition to achieve no leaks across its operations, the Shell Petroleum Development Company of Nigeria Limited, SPDC, says it appraised, maintained and replaced a total of 30km of pipelines across Nigeria in 2019.

The Dutch oil giant explained that the trend which is dubbed Goal Zero, has led to the laying of 1,330km of pipelines and flowlines in the last eight years, by the oil firm.

Country Chair, Shell Companies in Nigeria, Mr Osagie Okunbor, in the 2020 Shell Nigeria Briefing Note, disclosed that these efforts have led to a reduction by 90percent the volume of operational spills by the firm.

He added that SPDC’s average time to complete the clean-up of free or residual spilled oil, was now reduced from 13 days in 2016 to seven days in 2019.

“To reduce the number of operational spills in Nigeria, the SPDC JV is focused on implementing its ongoing work programme to appraise, maintain and replace key sections of pipelines and flow lines.

“In 2019, SPDC completed another 30 kilometres of new pipelines, bringing the total laid over the last eight years to around 1,330 kilometres.

“These efforts have significantly reduced operational spills over 100 kilograms to seven incidents and 28 tonnes of crude in 2019, compared to 15 incidents and 413 tonnes in 2018.

“This represents a year-on-year reduction of more than 90% by volume, returning the joint venture to its trend of reducing operational spills.

“Closer engagement with communities has helped SPDC to access spill locations more quickly, meaning on average that joint investigations now commence within three days in 2019 compared to six days in 2016.”

Osagie, who is also the Managing Director of SPDC, however, regretted that despite these efforts, the challenge of preventing spills relating to sabotage and theft by third parties remains.

“These illegal activities accounted for 95perccent of the SPDC JV spill incidents in 2019, a similar proportion to previous years.

“This is due to factors such as increased availability of production facilities after a major export line repair in
2017, crude theft activities in an election year when government security agents can be reassigned, and the price of crude oil and refined products that is seen as an opportunity for illegal refining.

“Despite preventive efforts, spilled volumes from illegal activities increased to around 2,000 tonnes of crude in 2019, compared with around 1,600 tonnes in 2018.”