Over 746,000 still without power in U.S. Gulf Coast after Hurricane Laura 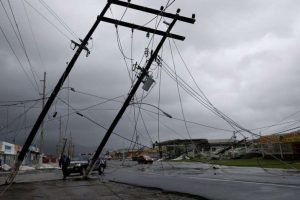 News wire — More than 746,000 homes and businesses in Louisiana, Texas and Arkansas were still without power early Friday after Hurricane Laura smashed into the Gulf Coast near the Texas-Louisiana border early Thursday as a major Category 4 storm.

That is down from around 900,000 customers affected by the storm. Entergy Corp, the hardest hit utility with over 466,000 customers out, warned that the storm was so destructive it could take weeks to restore power in some of the hardest-hit areas.

Entergy said it had over 16,000 workers restoring service. The remnants of Laura have weakened to a tropical depression, which was dropping rain on Tennessee.
– Reuters