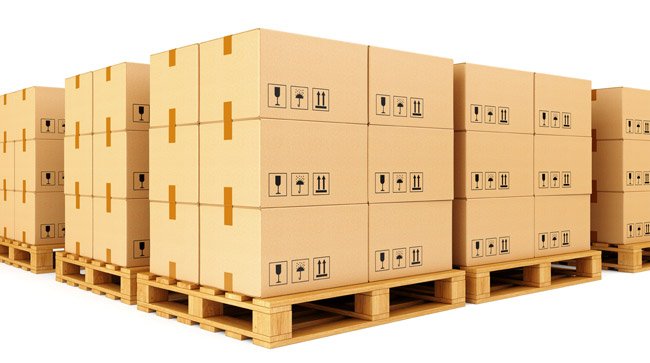 16 February 2018, Sweetcrude, Lagos —Despite the public outcry against the introduction of the palletization policy, the Federal Government has given Nigerian exporters and importers till the end of next month or face sanctions.

In a Memo from Federal Ministry of Finance, titled “Attention all stakeholders in the import value chain” the government insisted that all containerized cargoes coming into Nigeria must comply with the international standard for packaging/stuffing and loading into containers.

In a  memo with reference numbers F/194687/TR/EBECS/T1/28 and dated February 12, 2018, the government also said that Nigeria bound cargoes must be packaged in accordance with the manufacturers’ specification on packing and sacking.

Part of the Memo reads, “ Sequel to the series of complaints and requests received from the trading public in respect of the palletization policy contained in the Revised Import Guidelines of 22nd December, 27is hereby amended to further strengthen the Ease of Doing Business drive.

“Consequently all containerized cargoes coming into Nigeria should comply with the international standard for packing/stuffing and loading into containers.

“Specific packing and sacking standards prescribed by the original manufacturer of the products.

“Dead pile loading or loading without pallets of containerized cargoes is acceptable provided it conforms with international standard.

“With exception used automobiles and heavy machinery, any loosely packed new or used item without manufacturer ‘s loading and packing prescription should be packed in crates or cartons atop pallets accordingly.

“Furthermore, it is advised that all containerized cargoes should be loaded neatly in a manner that will promote safety in handling and facilitate speedy examination at the ports by the Nigeria Customs Service.

“Failure to comply with the above provisions designed for seamless implementation of the palletization policy, the Nigeria Customs Service, NCS, shall invoke sanctions as prescribed in the Addendum to the 2017revised Import Guidelines issued by the Ministry of Finance

“Note that the grace period granted until 31st of March, 2018 for exemption from palletization policy of goods for which form ‘M’.

Had already been established prior to the effective date of 1st of January, 2018 for full implementation of the policy still remains in force..”

Meanwhile, stakeholders in the port industry have said that the policy is anti-trade, and take the country back by several years.

Reacting to the development, Mr. Lucky Amiwero, National President of the National Council of Managing Directors Licensed Customs Agents, NCMDLCA, said that the policy will increase the cost of freight as an importer will have to pay more for the use of more containers.

Similarly, the Managing Director of CMA-CGM, a foreign shipping firm operating in Nigeria said that Nigeria stands to lose over N21billion to the policy annually.