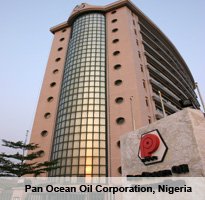 Lagos — Pan Ocean Oil Corporation has said it will launch the technical startup and unveiling of three newly completed milestone projects in June.

According to a statement by its spokesperson, Nkem Emezie-Ejinima on Monday, the projects are the Amukpe-Escravos Pipeline Project, Ovade-Ogharefe Gas Processing Plant Phases I & II and OML 147 Early Production Facility at Owa-Alidinma, adding that they (projects), would “significantly boost” infrastructure in the Nigerian oil and gas industry.

Pan Ocean is the contractor for OML 147 in Production Sharing Contract, PSC with the Nigerian National Petroleum Corporation, NNPC.

The Amukpe-Escravos Pipeline is a 67-kilometer X 20 inch, a low-risk underground pipeline that will evacuate crude oil from Amukpe, to Escravos Export Terminal. The pipeline system has the capacity to deliver 160,000 barrels of oil per day (bopd). It is designed to minimize vandalism and mitigate the loss of revenue to the Nigerian government and oil and gas companies operating in the northern fringe of the Niger Delta. The pipeline was installed using Horizontal Directional Drilling, HDD method to ensure minimal ecological and environmental disruption during construction and operation. It is the longest of its kind in Africa.

The Ovade-Ogharefe Gas Processing Plant will supply lean gas to the NIPP Power Plant located at Ihobbor, Edo State and liquefied petroleum gas, LPG to households across Nigeria. It has a processing capacity of 200mmscf/d and is equipped with 29 storage tanks built to store approximately 194,400 gallons of Propane and 244,640 gallons of Propane/Butane mix, LPG.

“With the support of our joint venture, financial and technical partners, our team delivered these world-class projects safely and with the highest consideration for environmental impact,” said Mr. Collins Akinkugbe, General Manager of the OML 147 asset.

“We set out to deliver infrastructure that will bring operators in the northern fringe of the Niger Delta closer to zero gas flare, monetization, and commercialization of their gas resources, the stability of revenue from the location of the Amukpe-Escravos pipeline, improved power supply and the attainment of the national gas plan. We are proud of our achievement.”

The three projects establish Pan Ocean as a fully integrated energy, oil, and gas industry player and will enable the company to serve a more diverse clientele drawn from the manufacturing industry, power sector, households and other segments of the economy.

According to Mr. Akinkugbe in particular, the full commencement of the Amukpe-Escravos Pipeline positions Pan Ocean as a major player in the international oil and gas logistics business. The projects are relevant to the communities where they are sited as they provide a platform for socio-economic empowerment of the people and communities.

“The successful completion of these projects demonstrates Pan Ocean’s resilience in the face of diverse challenges in the operating environment. We persisted despite the many obstacles encountered because we believed we could deliver these projects. These are key growth projects, not just for Pan Ocean and the communities in which we operate, but also the Nigerian economy” said Mr. Akinkugbe.