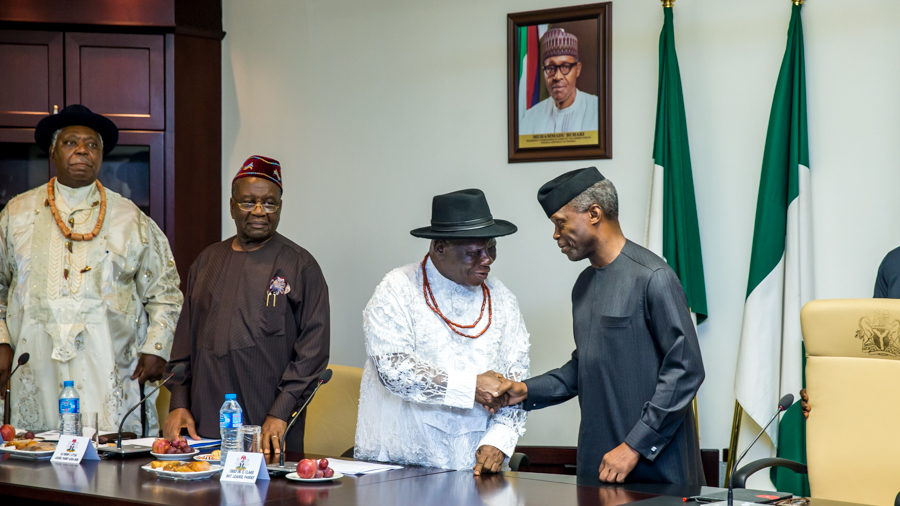 Port Harcourt — The Pan Niger Delta Elders Forum, PANDEF, has charged President Muhammadu Buhari to also order a forensic audit of the 13 percent derivation funds given to the oil producing states, after the planned probe of the Niger Delta Development Commission, NDDC.

PANDEF which threw its weight behind President Buhari’s call for the probe of NDDC, said such executive order would unravel the corrupt practices in the Commission and also instils financial discipline in the operations of the interventionist agency.

Publicity Secretary of PANDEF, Chief Anabs Sara-Igbe, said there was an urgent need for Governors of the Niger Delta region, to tell Nigerians what they have been doing with the huge resources accrued to them through the 13percent derivations over the years.

Sara-Igbe explained that PANDEF was fully in support of the President’s decision to probe the Commission, saying that every Niger Delta persons who wants development of the region should support Akpabio to clean up the age long mess that has made the NDDC what it is today.

He decried the level abandoned projects that has littered the oil producing region and blamed the unfortunate development on fraud in NDDC and other sources of development such as the Niger Delta Ministry and the 13percent derivation.

“NDDC has become a channel of looting and fraud. PANDEF is supporting the forensic audit and we also asking the President to publish the names of all the contractors involved, the projects they are handling, how much they have been given and the current status of the project.

“NDDC has failed the region. Look at the road leading to Aba from Port-Harcourt, the roads are not motorable. We want to unravel what has been going on in NDDC. The probe must continue, the region is in support of the forensic audit. We want to know the people behind the destruction of NDDC.

“Not only NDDC, 13percent derivation should also be probed. What are the state governors doing in the oil producing communities with the 13% derivatives? The oil bearing communities are not benefiting at all.

“Look at OML25 host communities, there is no development at all. Look at Bille, Ke communities and even the trans-Kalabari road. The region wants to know what their money is used for? So we at PANDEF we commend the President and we want this audit to be holistic, if there is a special committee to oversee it, then so be it.

“The President should also assist us in auditing the 13percent derivation and let the law take its cause. If NDDC was to be responsible all these while, no youths from the region would have chose to become kidnappers, armed robbers, sea pirates in the region.”

Chief Sarah-Egbe called on the people of the Niger Delta region to make good use of the opportunity provided by President Mohammadu Buhari by adding meaningfully to the audit exercise, saying that “the forensic audit of the NDDC is a participatory exercise. Everybody of goodwill must show sufficient interest”.

He said PANDEF would hold the Minister of Niger Delta Affairs responsible for the completion of the East West Road, and also the Minister of Transportation, for the construction of Calabar-Lagos rail line, as well as other major projects in the region to ease business transactions and investment.

“In 2004, two major contracts were awarded in Kula community by NDDC. The dredging and sand filling of the waterfront and some major roads. The cost of those projects were put at about N3billion in the time of (Timi) Alaibe. Nothing was done after the money was paid.

“The road that Belemaoil is presently constructing was also awarded at that time and at almost the same amount, yet, nothing was done. The money was paid and no drop of sand was seen at sight.

“Today as we speak, pirates are over-running the oil producing communities because there is no security there. We have many flow stations in the oil bearing communities, yet, we have not felt the impact of NDDC or the 13percent derivation paid to the State Governors,” PANDEF said.