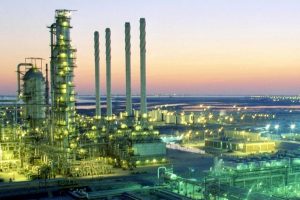 London — The collapse in oil demand from the COVID-19 pandemic is hastening the reckoning for those refiners already struggling as new capacity overtakes demand, posing an existential threat to many, particularly Europe’s ageing plants.

Even before the pandemic struck, which at its height destroyed over 20% of global oil demand, analysts expected global refining capacity would have to rationalise, particularly in Europe.

According to consultants WoodMac, 1.4 million barrels per day, or around 9%, of refining capacity is under threat of rationalisation in Europe in 2022-2023.

WoodMac declined to name specific refineries, but in a list sent to its clients and seen by Reuters, BP’s 377,000 bpd Rotterdam refinery, Total’s 102,000 bpd Grandpuits refinery in France and Petroineos’ 200,000 bpd Grangemouth refinery in Scotland were among 11 plants mentioned.

The three companies did not immediately reply to a Reuters request for comment.

It adds a “risk weight” to capacities beyond 2021, forecasting a 6 million bpd net capacity increase over the next five years, around 2 million bpd below the International Energy Agency’s forecast.

“ capacity now looms very large over the industry, posing an immediate threat to the outlook for older and more exposed operations,” the IEA said in April.

European refining has seen several waves of rationalisations, most recently in the wake of the 2008-2009 financial crisis.

“In 2023 it could well be that two-thirds of the refineries in Europe don’t make any money, or lose money on a cash basis,” Alan Gelder VP Refining, Chemicals and Oil Markets at WoodMac said.

Strong labour unions are making refinery closures in many European countries difficult. Two of Europe’s biggest refiners, Total and Eni, have managed to shutdown some capacity in the past decade, and to turn some sites into biofuel operations.

Total, having already converted its La Mede refinery into making biofuels, is considering a second biofuel facility in France.

Capacity on the U.S. Coast, Japan and some older, less sophisticated sites in Asia is also under threat, WoodMac says.

“On the U.S. east coast, refiners that process lighter sweeter grades, like Trainer and Bayway, might be in trouble,” Kevin Waguespack, refinery consultant at Baker O’Brien said.

He added that the lack of access to cheap crude in the northeast was the U.S. region’s “Achilles heel”.

“Less competitive European refineries have been in trouble and the pandemic will put another nail in the coffin for them,” said John Auers, a refining analyst at consultancy Turner, Mason & Co.

“Even before the pandemic, the IMO was going to disadvantage some refiners that made a lot of fuel oil that couldn’t afford to make upgrades,” Auers said.

The International Maritime Organization (IMO) changed the rules on shipping fuel at the start of the year so that all ships can only burn fuel with a maximum 0.5% sulphur, unless they have sulphur-cleaning kits.

Against the backdrop of potentially shut capacity in Europe over the next few years, other regions have been expanding with mega refining projects that are closer to upstream production, as in the Middle East, or closer to big demand centres, like in Asia Pacific.