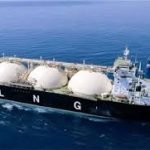 News Wires — On April 9 PNG’s government signed an agreement with Total, ExxonMobil and the Australian Securities Exchange-listed Oil Search, setting out the terms and conditions for the development of the $13bn Papua LNG project.

The project will use gas supplied from the Elk-Antelope fields located in the Gulf Province, which were first drilled in 2006 and are estimated to contain reserves of 1bn barrels of oil equivalent. The gas will be liquefied and purified at two facilities to be built at ExxonMobil’s PNG LNG plant in Port Moresby, each with a capacity of 2.7m tonnes.

According to Total, the project will have the capacity to produce 5.4m tonnes of LNG per year. An important part of the agreement was ensuring that a share of this capacity will be allocated to domestic supply, with the aim of helping PNG achieve its goal of expanding electricity coverage to 70% of the country by 2030

Total will operate the two fields and hold a 31.1% stake in the venture, while partners ExxonMobil and Oil Search will have a 28.7% and 17.7% interest, respectively. The remaining 22.5% will belong to the PNG government, allowing the state to buy into the project at a later date.

The finalisation of the agreement, which was delayed in the wake of last year’s major earthquake, allows for the start of the front-end engineering design phase, when plans are drawn up to estimate the technical requirements and estimated costs before construction begins.

Given Prime Minister Peter O’Neill’s recent resignation, it remains unclear if the next steps for Papua LNG will also be delayed under the leadership of new Prime Minister James Marape.