on: September 27, 2018In: Community Development 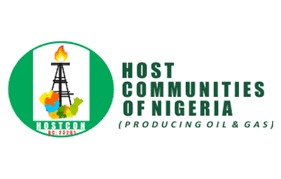 27 September 2018, Sweetcrude, Port Harcourt — A group known as Host Communities of Nigeria, HOSTCON, has tasked women in the Niger Delta region to actively participate in oil and gas activities in the region.

The charge was given at the inauguration of Women’s Wing of HOSTCON held in Port Harcourt, the Rivers State capital.

Rivers State Leader, Women’s Wing of HOSTCON, Pastor Mercy Azuka Gani, who lamented the continuous neglect of women in oil and gas activities, explained that women constitute a greater percentage of persons affected by the exploration and exploitation activities.

Gani added that the situation has necessitated the need for women to be involved and carried along in the development of oil and gas sector.

She further explained that the formation of the women wing of HOSTCON was imperative as women are the catalysts of development and not sponsors and agents of economic sabotage.

“Apart from Aba Women Riot of 1929 which many now consider as history, the disruption and stoppage of oil exploration and exploitation activities in Rumuekpe in 1991, Ogoniland 1993 and most recently at K-Dere in 2018, attests to the fact that women are key players and so should be carried along in the scheme of things for the development of the oil and gas sector.

“HOSTCON Women Wing is poised to mobilize, educate and sensitize women from oil and gas host communities to be awake to their responsibilities socially, politically and economically to support fair and genuine development in their communities.”

Also, the National Chairman of Host Communities of Nigeria producing oil and gas, HOSTCON, Dr. Mike Emuh, commended the Rivers women of the group, for being the first women wing of HOSTCON to be inaugurated.

Emuh disclosed that the group was inaugurated in 2002 as a grassroots mass movement to advocate for rights and privileges that are associated with oil and gas exploration without the use of violence.

He added that the primary aim of the group was to ensure that the constitutional provision of 13 percent oil derivation and gas flare penalty money which is meant for the development of the host communities are used for the purpose.