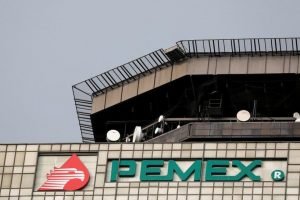 Mexico City — The commercial arm of Mexican state oil company Petroleos Mexicanos (Pemex) has temporarily suspended business with the world’s largest independent oil trader Vitol, which is the subject of a U.S. bribery investigation, according to a letter seen by Reuters.

As part of a wider probe, the U.S. Justice Department said last week that the U.S. subsidiary of Vitol paid bribes to Pemex employees in exchange for lucrative contracts.

The department said Vitol’s U.S. unit had agreed to pay $164 million to resolve U.S. government probes into alleged bribes the firm paid in Mexico and other Latin American countries.

In the letter seen by Reuters and dated Dec. 9, Pemex arm PMI Comercio Internacional said it had “taken the decision to suspend temporarily commercial relations” with Vitol’s companies.

Pemex and Vitol did not respond to requests for comment.

It was not immediately clear whether all trade between Mexico and Vitol was banned or only fuel provided by Vitol to PMI.

CFE said it has no fuel purchase commitments with Vitol, but that its fuel trading subsidiaries, CFE International and CFEnergía, would refrain from any future transactions until the matter is investigated.

“It’s under investigation and if true, those responsible will be punished. We’re not covering up for anyone,” he said.

The bribes allegedly took place during the administration of Lopez Obrador and under Mexico’s previous president, Enrique Pena Nieto, according to Mexican newspaper Reforma.

Swiss company Vitol, run out of London, trades about 8 million barrels per day of oil.