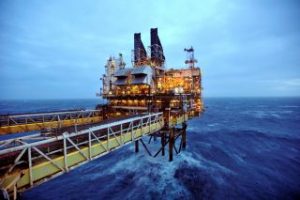 He said the position of NUPENG and PENGASSAN on PHICB is that the National Assembly and the Federal Government should repeal the NDDC Act, disband the Commission and channel NDDC funds directly to fund the Petroleum Host and Impacted Communities Fund, PHICF.

Onuegbu who said Nigerians should accept the reality that NDDC has been a massive failure, added that the even 2.5percent operating budget proposed in the Bill is inadequate, saying that inadequate provision of funds may dash the hopes of the petroleum host and impacted communities and further breach the trust between the host communities and the government.

He stressed that oil workers will support every effort of the National Assembly genuinely aimed at addressing the challenges of host communities, including the Petroleum Host and impacted communities Bill 2018.

“Our further reflections on the need for the Petroleum Host Community Fund indicate that the massive failure of the NDDC is a major driver for the need for this fund.

“It is therefore our considered opinion that the National Assembly and the Federal Government should accept the reality that NDDC has been a massive failure, Repeal the NDDC Act and disband the NDDC, and channel the NDDC funds directly to fund the Petroleum Host and Impacted Communities Fund. This is in our view will deliver better value than the NDDC.”

The oil workers union also urged the Committee to clarify the issue of who is a Licensee and Lessee of upstream, midstream or downstream assets in the section 2(1) of the bill to ensure that no licensee and lessee will hide under the provision to deny its host and impacted communities the benefits due them as provided in the bill.

“We consider this a potential landmine which can cause unnecessary tension or even crises between the communities and the Settlor (Oil and gas companies).”