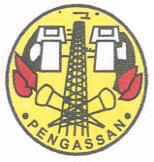 08 April 2014, Yenagoa – The Petroleum and Natural Gas Senior Staff Association of Nigeria (PENGASSAN) has agreed to work with the Nigerian Content Development Monitoring Board (NCDMB) to ensure total compliance by companies operating within the oil and gas industry.

PENGASSAN President, Babatunde Ogun, stated this a paper delivered at a round table discussion organised by NCDMB PENGASSAN branch in Yenagoa, Bayelsa State.

Ogun, who was represented at the event by the union’s General Secretary, Bayo Olowoshile, said PENGASSAN views the collaboration as a statutory and key obligation in championing strong advocacy on matters of interest to members, labour and the wider society.

The union leader assured that members will act as whistle blowers where there are abuses of expatriate quota or any contravention and circumvention of provisions of the NOGICD Act  in order to guarantee compliance with the Act.

“The main objectives of the Act is to create more jobs in the country, while preventing export of jobs to other countries and thevdevelopment of the manufacturing sector of the economy. The major role of the union is job security and it is imperative for the two parties to regularly communicate and interface with each other in cases of reported abuse and circumvention of the NOGICD Act provisions including the application of whistle-blowing mechanism where necessary by the Union,” he stated.

Other areas of collaboration identified by the PENGASSAN president include advocacy and support of socio-economic programmes and benefits that foster mutual co-existence among government, company and the host communities; and fostering of  industry and corporate policy that fairly recognise and factored labour issues and interest through employment and job security initiatives.

In his opening remark, the Executive Secretary of NCDMB, Engineer Ernest Nwapa, said there was need for the union to partner with the government and the NCDMB on long term policies that could bring back jobs that had hitherto been exported to Nigeria, which in return will increase the union’s membership.

“The era when unions were agitators is gone but nowadays, unions such as PENGASSAN, are foundation for growth as a result of continuous dialogue in terms of employees relations, among others. There is need to continue in this spirit and for other unions to emulate PENGASSAN because the stability and growth of this country depends on that.

There is need for them to support the government’s policies that will not only creates jobs but also ensure job security, he said.

PENGASSAN NCDMB Branch Chairman, Patrick June, who commended management of NCDMB, noting that the collaborations between all stakeholders underlined the fact that local content issues particularly in the oil and gas sector was central to revenue generation and job creation in national development.

“The board started from a very humble beginning has been performing their statutory role of regulation effectively. Though the challenge of delivering on our mandate is very enormous and requires multifaceted approach, the success cannot be complete without the valuable contributions of industry players particularly trade unions within the sector,” he stated.