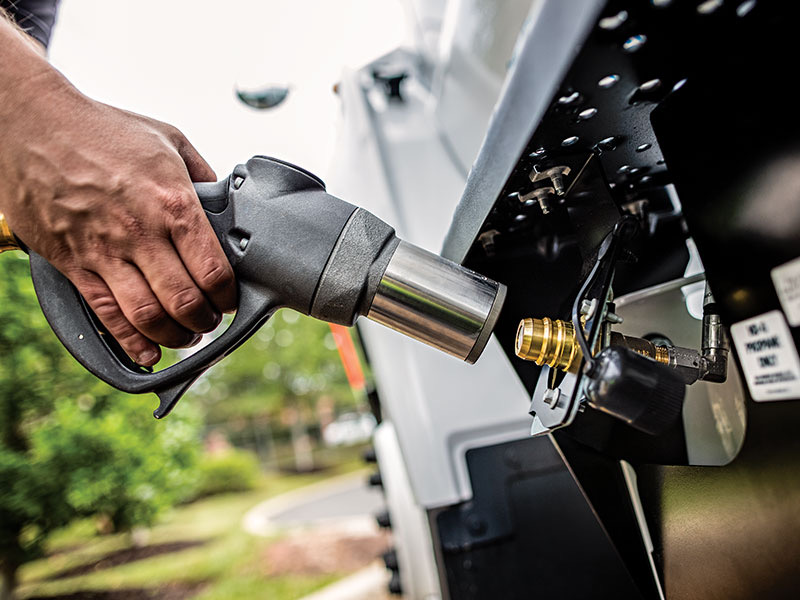 Port Harcourt — The Petroleum Retailers Outlets Association of Nigeria, PETROAN, has urged motorists to embrace the conversion of the vehicles from using petrol to using gas.

President Buhari had said that by 2021, the country would have converted a million cars to cushion impacts of petroleum subsidy removal, adding that the development would enable domestic utilisation of the country’s 203 trillion cubic feet of gas.

Reacting to the development, PETROAN Chairman in Rivers State, Francis Dimgba, explained that autogas was far cheaper and more economical than fuel.

Francis disclosed that conversion of vehicles from fuel and diesel to autogas was currently ongoing in the country, adding that two stations were already dispensing autogas in Port Harcourt.

“Motorists should embrace the arrival of autogas dispensing, instead of using petrol dispensing for their vehicles, especially commercial vehicles.

“Gas is cheaper. Conversion is ongoing and PETROAN is assisting for the conversion from petrol and diesel using to autogas and already we have two stations in Rivers State that can dispense autogas.

“So we encourage motorists to have their vehicles converted to autogas.”

Earlier, the National President of PETROAN, Dr. Billy-Gillis Harry, said the association was negotiating with financial institutions on access to funds and collaboration on the gas penetration policy of the Government.

“We have been trying to negotiate with different institutions to ensure all our members nationwide have access to funds, so we can do the business of autogas installation and conversion.

“I can assure you that by the end of January 2021, PETROAN members, not only in Rivers State but nationwide, will be advancing the process to help the Nigerian government succeed in this autogas policy.”