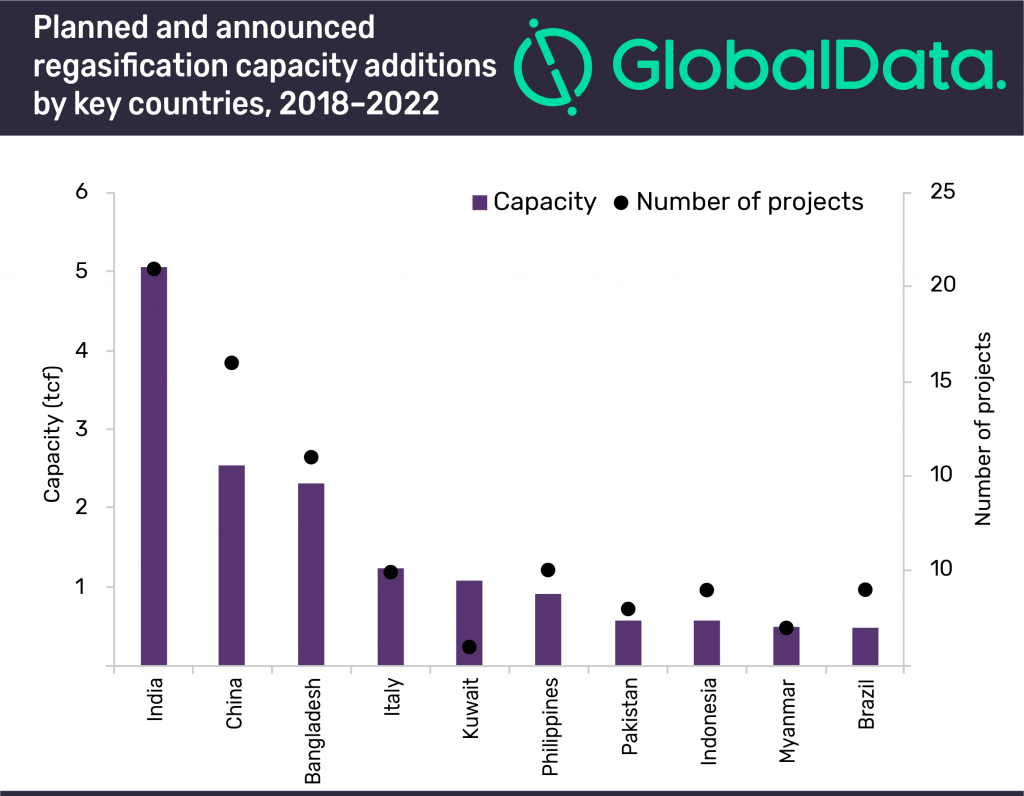 18 April 2018, Sweetcrude, Lagos — Global liquefied natural gas (LNG) regasification capacity is expected to grow by 39.6 percent between 2018 and 2022, from 45.9 trillion cubic feet (tcf) in 2018 to 64.1 tcf in 2022. Among global companies, both Bangladesh Oil, Gas and Mineral Corp (Petrobangla) and Kuwait Petroleum Corporation lead in terms of capacity additions throughout 2018 and 2022, according to GlobalData, a leading data, and analytics company.

Al-Zour in Kuwait is the largest planned terminal globally in the forecast period with a capacity of 1.1 tcf and also has the highest CapEx spending among the global LNG regasification terminals. It has a CapEx of $3.0bn.

Globally, India leads in terms of planned regasification capacity additions with 5.1 tcf followed by China with 2.5 tcf. In terms of CapEx spending, China leads with a proposed CapEx of $15.5bn, followed by India with $6.2bn.