11 November 2015, News Wires – Brazil’s state-controlled oil producer Petrobras canceled talks with union leaders planned for Tuesday aimed at settling a strike that is now in its ninth day, according to reports. 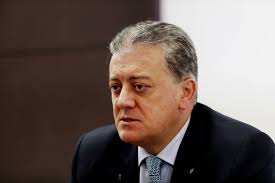 Members of oil union FUP have been on strike at Petrobras since 1 November in the biggest labour action against it in 20 years.

The union wants Petrobras to reverse plans to reduce capital spending and force it to cancel asset sales designed to lower the company’s $130 billion debt, the largest of any oil company in the world. In a statement, Petrobras said it is working on “proposals” that could be presented to workers, without giving a timetable, wire service Reuters reported.

Once a new date for talks is set, workers will be informed, according to the statement as reported by Reuters.

Petrobras’ press office said on Tuesday that the strike was cutting oil output by about 115,000 barrels a day, the same amount as Monday. That is equal to about 5.5% of pre-strike oil output in Brazil, Reuters said.