23 January 2019, Sweetcrude, Lagos — Petrobras and PDVSA are the top spenders among all oil and gas companies in South America, in terms of new build capital expenditure, capex, to be spent during 2018–2025, according to leading data and analytics company GlobalData.

The company’s report: Top Oil and Gas Companies Planned Projects and Capital Expenditure Outlook in South America – Petrobras and PDVSA Lead Capex across Oil and Gas Value Chain, reveals that Petrobras tops the list with capex of US$49.4 billion (bn) followed by PDVSA and Exxon Mobil with capex of US$25.4bn and US$14bn.

Soorya Tejomoortula, Oil & Gas Analyst at GlobalData, comments: “Petrobras’s planned and announced projects portfolio is mainly focused on upstream production projects and refineries. On the other hand, PDVSA plans to spend more than 75% or US$19.9bn on upcoming refineries during the outlook period.” 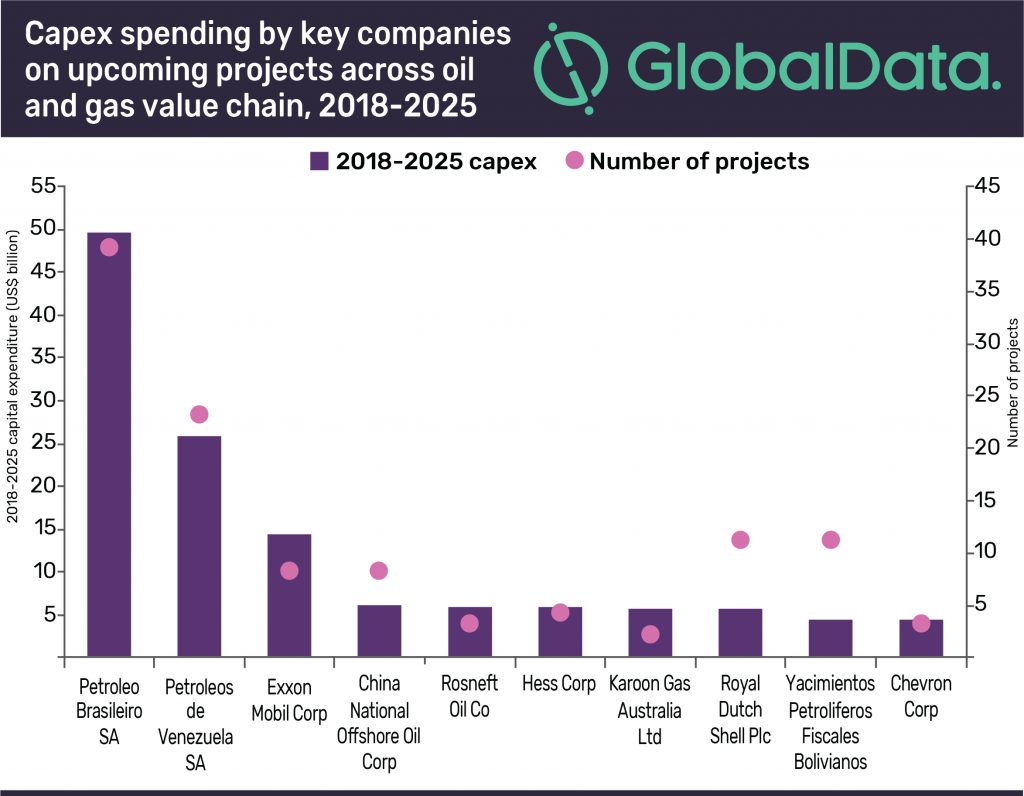 On the upstream front, Petrobras leads among companies with capex of US$36.9bn to be spent on 28 planned and announced upstream projects in South America. Exxon Mobil and China National Offshore Oil Corp follow with US$13.1bn and US$6.1bn to be spent during 2018–2025.

GlobalData identifies that, on the midstream side, PDVSA leads the gas processing segment with new-build capex of US$2.2bn by 2025. Petrobras leads the new-build pipeline capex of US$1.4bn to be spent on two planned pipelines in Brazil during the period 2018–2025.

An announced LNG liquefaction project, Port of Ilo, is expected to have the highest new-build capex of US$700 million (m) spent by Yacimientos Petroliferos Fiscales Bolivianos. Golar LNG Ltd leads with the highest LNG regasification capex of US$818m, during the outlook period.

On the downstream side, PDVSA is expected to lead with new-build capex of US$19.9bn by 2025. Pertobras and Guangdong Zhenrong Energy Co Ltd follow with capex of US$7.2bn and US$4bn, respectively.