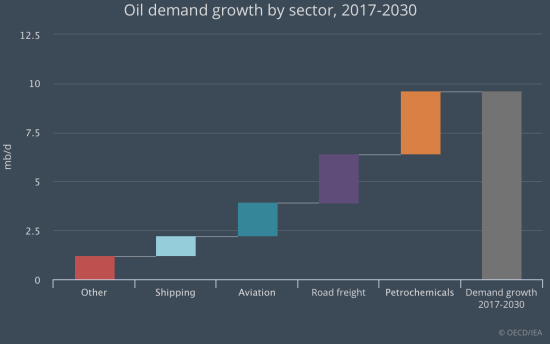 03 March 2019, News Wires — Growing demand for plastics in developing countries means the petrochemicals sector will still be among the key drivers of oil demand in the next few years despite a global anti-plastic and circular economy push.

IEA said in Energy Outlook report last year that petrochemicals will account for more than a third of global oil demand growth by 2030 and nearly half of demand growth by 2050, adding nearly 7 million b/d by the middle of the century.

Since the beginning of last year, European brand-owners, governments and petrochemical producers have renewed their recycling efforts, setting targets and taking voluntary commitments to increase recycling of plastics, including banning of single-use plastics and improving packaging designs.