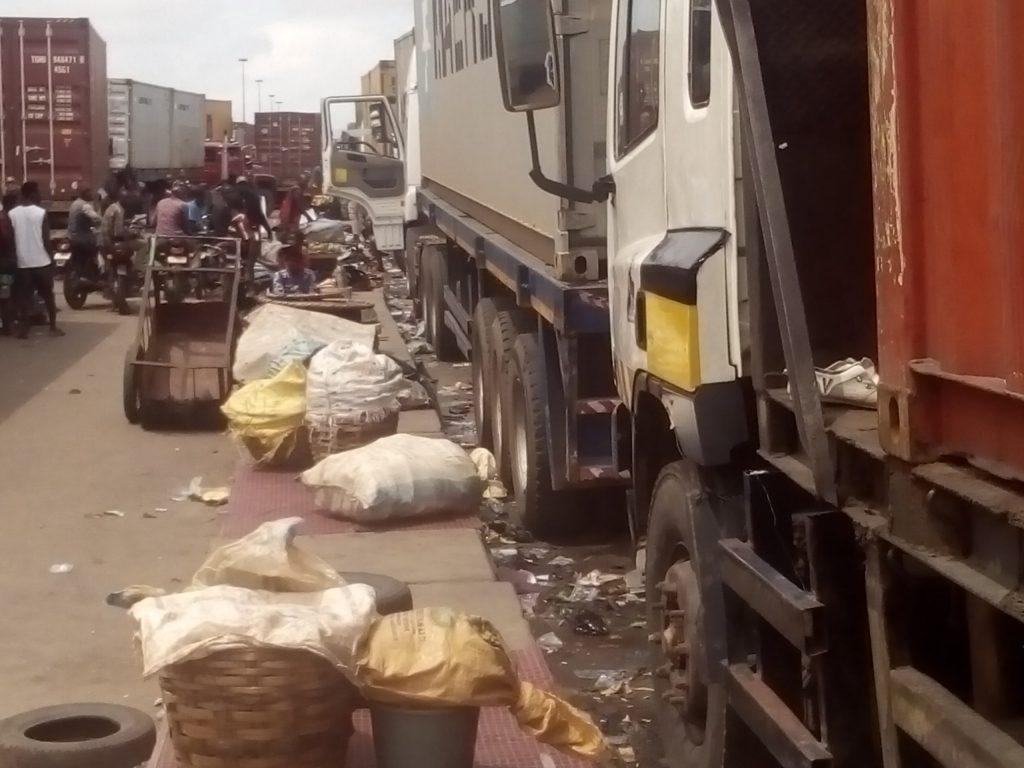 *The menace of parked petrol tankers on Lagos roads.

30 September 2018, Sweetcrude, Lagos —Independent investigation has shown that petrol tanker drivers and their conductors defecate and urinate on the roads where their trucks are held up in Lagos traffic.

Health experts fear that the development portents an imminent break out of e coli and diarrhea pandemic in Lagos with dire implications surrounding states.

Observation of the Oshodi-Apapa expressway by SweetcrudeReports, exposed that these drivers while queuing up for their turn to load petroleum products at depots at Apapa, end up sleeping inside their tankers for days, and in the process, live their daily lives, including eating, bathing, defecating and urinating on the road.

The menace caused by tanker drivers who ply the Oshodi-Apapa Expressway, has at several occasion, drawn the attention of the federal government, who have given directives to the management of the depots, to ensure that the tankers maintain just one lane to allow other road users drive safely through. 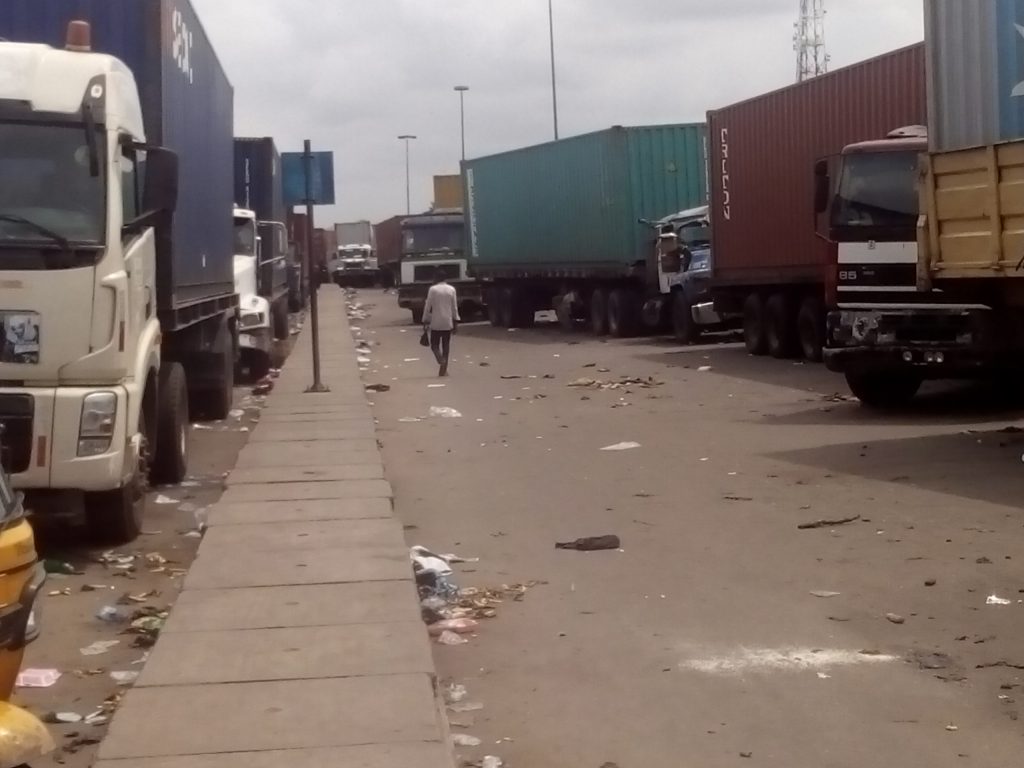 However, SweetcrudeReports has observed that the drivers still park haphazardly on the road, while other road users go through one-way thereby, endangering lives of commuters, including those crossing the roads who in the process, have severally got hit by buses or bikes.

Aside from this disorderliness which has become the other of the day there, road users have had to cope with stenches from urine, feces, likewise, the odour oozing from pile-ups of dirt on the road.

SweetCrudeReports saw some mobile toilets around the vicinity but the drivers preferred the ‘convenience’ of the road.

From observation, these drivers, instead of looking for safe places to ease themselves, prefer to defecate inside nylon bags and disposable plates, throw them on the floor, and then splash them on the same road with their tires while moving on with their duties.

further Investigation has also shown that these drivers urinate and bathe on the road.

On several visits to the area, SweetcrudeReports noticed that road users have had to cover their noses with either their palms or handkerchief to avoid inhaling air from the offensive environment.

However, road users cannot be said to have fully protected themselves just by covering their noses. Unknown to them, residuals of feces and urine can stick to their shoes, and follow them right into their homes where there are children who could handle those shoes during play time if they are not properly put away.

Worse off, petty traders who sell edible items queue along the same road- this shows the health risks Nigerians, especially residents, and those who ply that area, are daily exposed to.

The same situation was observed when SweetcrudeReports visited Port Harcourt in August.

Observation at Abonima Wharf waterside where over 50 tankers queue up daily to load products, revealed that tanker drivers and hustlers also throw feces and urinate around the depot with reckless abandon.

The depot is not too far away from the residential area and is also surrounded by office complexes, including that of the Central Bank of Nigeria, CBN.

The ground close to the police post right at the entrance of the depot, surrounded by canteens and a functional train track, was seen to have been ‘battered’ with both dry and fresh human feces and urine, posing both health and environmental hazards- there could be an outbreak of diseases capable of traveling as far as 100 meters to residential areas, according to experts.

Despite the unhealthiness of the area, hungry traders and drivers were seen patronising the food vendors’ shops in the same location.

Health risk in inhaling human poops and urine
Health experts have said exposure to high concentrations of ammonia from urine in the air causes immediate burning of the eyes, nose, throat and respiratory tract and can result in blindness, lung damage or death. Inhalation of lower concentrations can cause coughing, nose and throat irritation.

The risk from exposure to human feces (your own and other’s) is mainly infectious diseases, and there are numerous infections of different types that can be communicated through feces.

Bacterial infections that can be transmitted include cholera and other infectious diarrhea (also called dysentery) such as E coli diarrhea, salmonella or shigella; viral infections that are transmitted fecally include rotavirus, norovirus (which causes food poisoning on cruise ships), and hepatitis A and E (hepatitis B and C are not transmitted this way); parasites such as giardia and cryptosporidium, and various different kinds of worms including pinworms, ascariasis and tapeworms.

Health experts say some of these pathogens are very hardy (especially norovirus) and take a very thorough, professional cleaning to be eradicated.