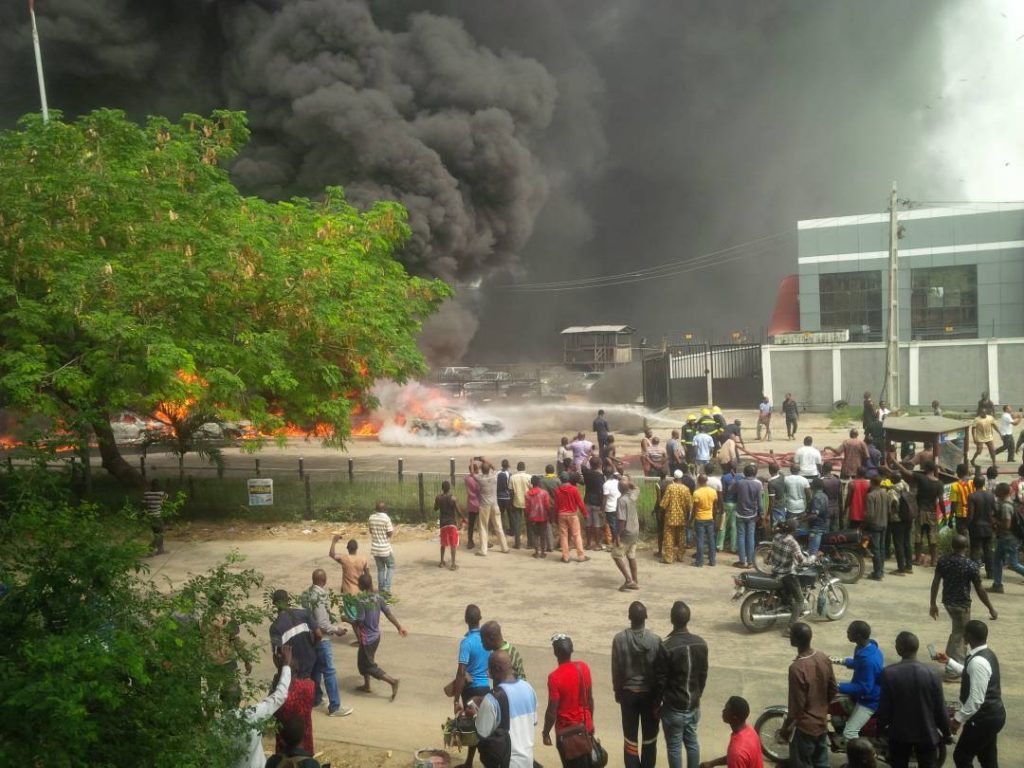 14 December 2017, Sweetcrude, Lagos — A petrol tanker laden with fuel lost its brakes while ascending the Festac – Amuwo Odofin link bridge in Lagos state rolled back and fell over spilling its content which resulted in a conflagration and destroyed 21 vehicles and five motorbikes.

Efforts to ascertain the content of the tanker proved abortive at the time of filing this report. While some eyewitnesses claimed it was diesel other said it was petrol.

It was gathered that the burnt vehicles include 18 cars and three commercial buses.

When contacted, Mr. Razaq Fadipe the Director of the Lagos State Fire Service explained that resources had been mobilized to contain the fire, adding that his men and officers of the Lagos State Emergency Agency battled to put out the fire.

While no life was lost during the incident, Mr. Fadipe urged tanker drivers to ensure they always traveled with fire extinguishers.