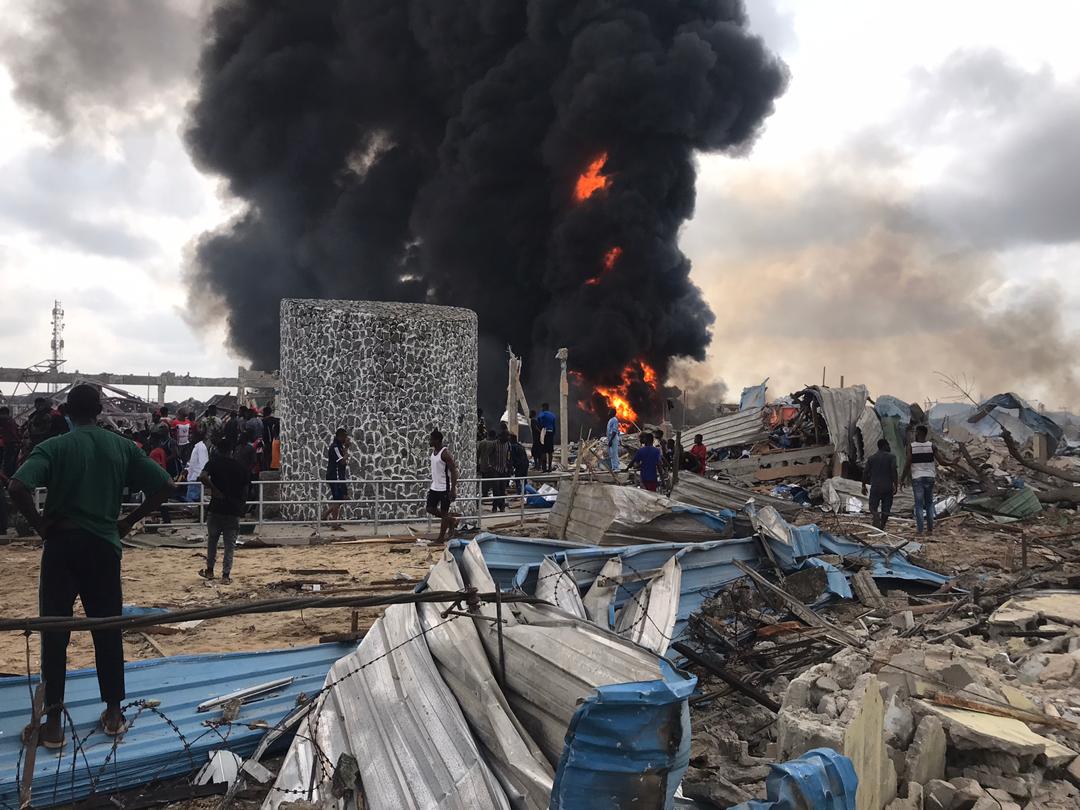 Lagos — A fresh pipeline explosion has rocked the Abule-ado area of Amuwo Adofin, destroying properties worth millions of naira.

Investigation at the scene of the incident revealed that the explosion occurred inside the Omo Onile, Adesogba area but another eye witness account claims that a tipper offloading sand caught fire, which spread to a nearby pipeline, triggering the blast.

Several Houses, properties and cars were destroyed in the ensuing inferno, with cases of unconfirmed casualties from those trapped inside the wrecked buildings.

When contacted, the Lagos State Fire Service, however, said the explosion is not connected with the pipeline but there are buildings on fire in Ado Soba, Abule-Ado, and Amuwo-Odofin.

The Lagos State Fire Service also disclosed that fire have been contained. 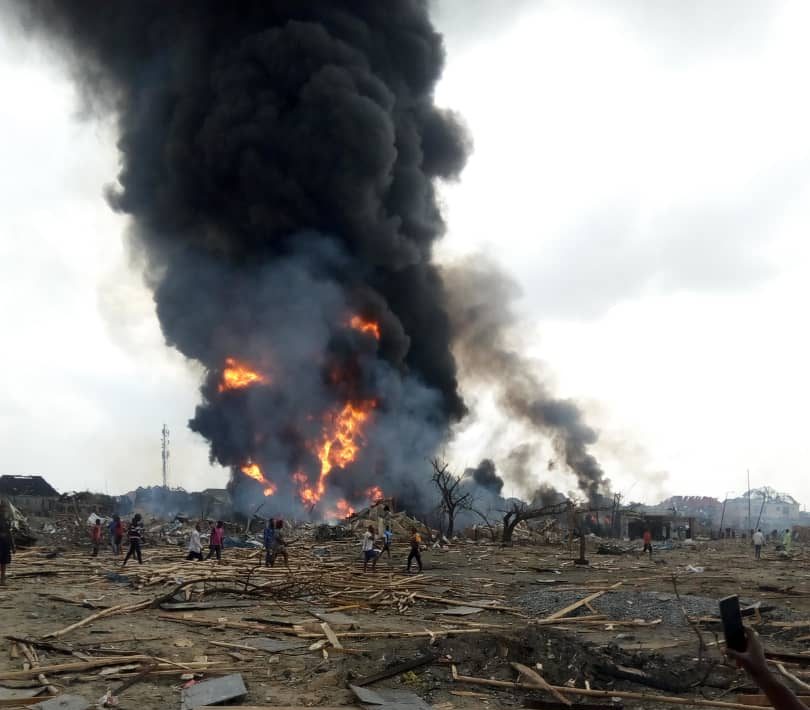 *Scene of the Abule-Ado fire incident 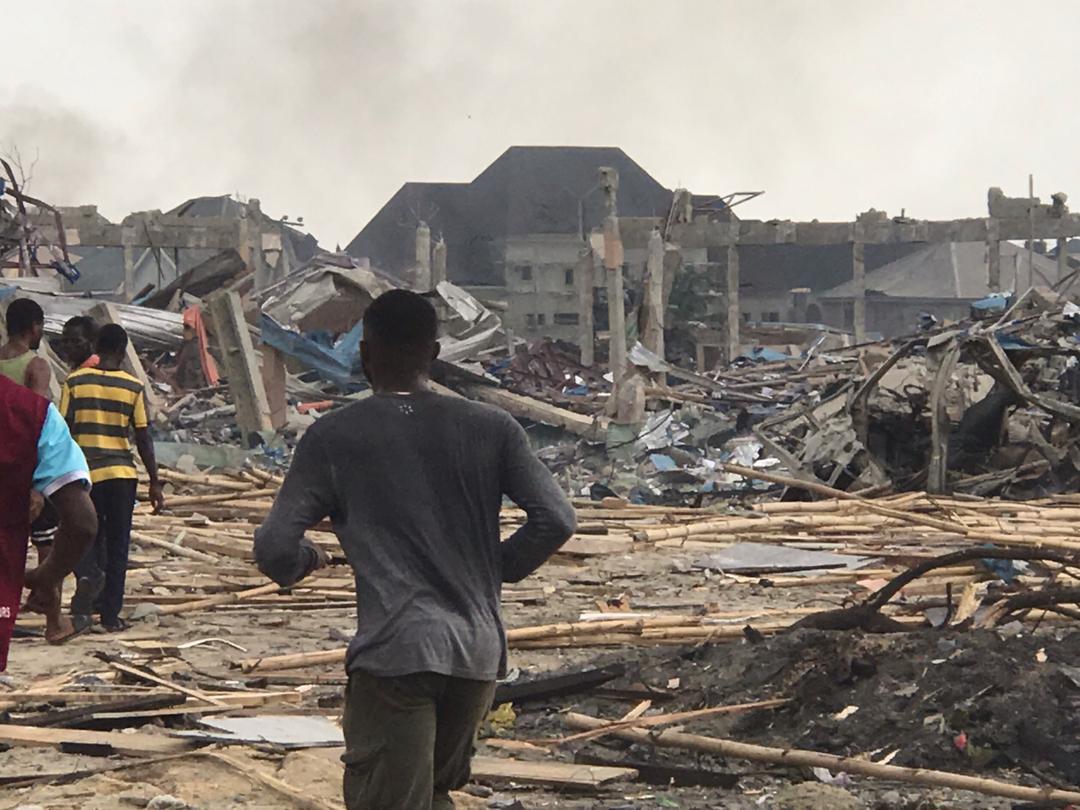 *Property damaged by the explosion at Abule-Ado