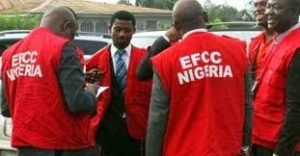 Lagos — A former Director of Legal Services in the Ministry of Petroleum Resources, Mrs Grace Taiga, was on Friday arraigned before a High Court of the Federal Capital Territory for alleged involvement in the signing of the gas supply contract between the Ministry of Petroleum Resources and Processes and Industrial Development, P&ID, of Ireland.
Taiga was arraigned a day after P&ID was convicted by a Federal High Court, Abuja on economic sabotage, money laundering and tax evasion charges, among others.

She pleaded not guilty to eight counts of wrongdoing put forward by the Economic and Financial Crimes Commission, EFCC.

In court documents, the EFCC also alleged the now-deceased former petroleum minister and OPEC official Rilwanu Lukman broke the law by signing the deal without proper approvals and protocol, according to Reuters.

P&ID took the government to international arbitration after the deal’s collapse, eventually winning a $6.6 billion award. It has been accruing interest since 2013 and is now worth more than $9 billion.

The government has said the deal was designed to fail, and called the award “an assault on every Nigerian and unfair.” P&ID said the EFCC had harassed, intimidated and denied due process to individuals associated with the company and the contract.

The EFCC alleges Taiga accepted bribes, made false statements and signed the contract without approval from the federal executive council and Bureau of Public Procurement.

The judge remanded Taiga in prison until her application for bail is determined on Sept. 25.
like us facebook