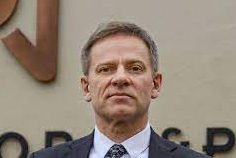 Lagos — Knut Søvold, CEO of the Oslo–listed oil and gas company PetroNor E&P, has been arrested as part of a criminal investigation in Norway.

This was shared by PetroNor E&P on Thursday, a day after the company said that the National Authority for Investigation and Prosecution of Economic and Environmental Crime in Norway (Økokrim) had entered its premises of the Company in Oslo, with the reason being “criminal charges brought against individuals related to the Company.”

“The company has been informed that CEO of PetroNor E&P Limited, Knut Søvold, is one of the individuals being detained as part of the authorities’ investigations to obtain information that may confirm or disprove a suspicion of a criminal offense,” PetroNor said.

The company also said it had appointed Jens Pace as Interim CEO.

“In order to ensure that the Company’s ongoing operations are well taken care of during the investigation period the board has appointed board director Jens Pace as interim CEO with immediate effect,” PetroNor added.

“The company cooperates fully with authorities in order to facilitate an efficient completion of the investigations,” PetroNor said. The company said Wednesday it had no reason to believe that there were any suspicions against the company as such.

PetroNor is an oil and gas company focused on operation in Africa, and owns assets in the Republic of Congo, Nigeria, Guinea Bissau, The Gambia, and Senegal.

In a statement on Wednesday, Økokrim noted PetroNor’s announcement regarding its entering the company’s premises, and said that for the sake of the investigation, further comments from Økokrim would not be given at this stage.