PH Refinery: No deal with Oando over sale -Tinubu 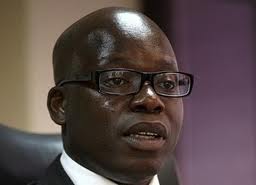 09 June 2017, Sweetcrude, Lagos — Oando Plc. has explained that contrary to the information making the rounds within industry and the alleged report that it has purchased the Port Harcourt Refinery, the company has reiterated that there is no such mandate.

The company’s Chief Executive, Wale Tinubu who appears before the Senate Joint Committee on Petroleum Resources on Wednesday corrected this allegations regarding the company’s role in the alleged privatisation of the Port Harcourt refinery.

“As indicated in the rejoinder statement we published, I must explicitly state that no mandate for the concession, sale, equity transfer or privatization of the Port Harcourt refinery or any of the nation’s refineries has been signed with Oando.

“As a crude exporter and supplier of refined products to the country, it is intuitive and patriotic for us to be interested in the refurbishment and upgrade of the refineries. Our proposed participation as a local partner in this effort is an opportunity to drive the country forward and accelerate the process to see product security realized in this dispensation.

“We share the vision of the Nigerian Government to become a petroleum product self-sufficient country in the short to medium term, and ultimately be a net exporter. The Port Harcourt refinery remains a national asset, under the full control of the NNPC as far as we are aware,” Tinubu said.

The Senate headed by Committee Chairman, Senator Kabir Garba Marafa of Zamfare state initiated a hearing following misleading reports which indicated that the Port Harcourt refinery was due to be sold via a privatization or concession exercise with Oando and Eni as the preferred consortium.

Initial findings from the Upper Legislative Chamber show that the NNPC is still at a preliminary stage of information gathering regarding the proposed refurbishment and highlights Aniebor Kragha’s, the NNPC’s Chief Operating Officer, Refineries, indication that President Muhammadu Buhari’s directive has always been a non-privatization of the country’s refineries.

“We acknowledge that Oando was quoted out of context and we hope that they understand that this committee was set up as a matter of oversight and in the interest of Nigerians because we represent Nigerians. When the time comes, we will instruct the NNPC to carry out this rehabilitation process in the most transparent manner.

“We advise Oando as a responsible company and good corporate citizen to guard its future statements in public, but applaud the fact that the minute they were misquoted by the media, they put out a statement to correct the facts,” Senator Kabir Marfa said.

The Minister of State for Petroleum Resources, Dr. Ibe Kachikwu commended Oando’s willingness to participate in the rehabilitation process saying “We are very grateful for any company or companies that has shown an interest in the refinery rehabilitation efforts.”

“What has been agreed upon at this stage is the opportunity to try and establish a framework for the rehabilitation of Port Harcourt refinery, which will then go through appropriate regulatory approvals, where necessary,” Tinubu said.