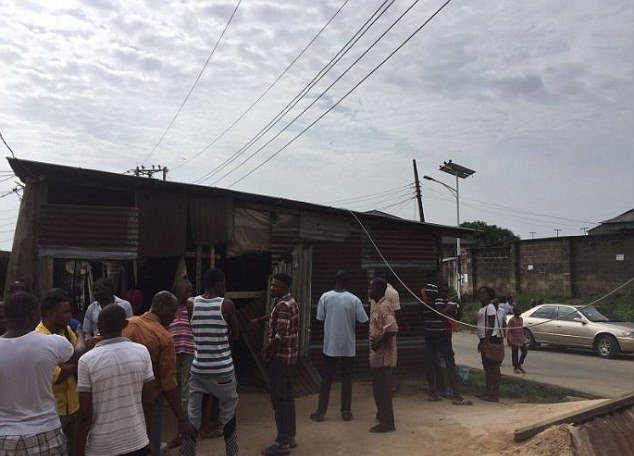 *Residents in front of a building constructed under a high tension electricity cable right-of-way in Calabar.

22 July 2018, Sweetcrude, Port Harcourt — The Port Harcourt Electricity Distribution Company, PHED, has commended the Cross River State Government on its directives for the removal of buildings and structures under high tension electricity lines in the state.

Chief Executive Officer of PHED, Mr. Naveen Kapoor, speaking at a safety meeting with stakeholders in Port Harcourt, described the directive as a step in the right direction for any government desirous of safeguarding the lives of its citizens in terms of unwarranted deaths from electrocution.

Kapoor who commended the government for making it a point of duty in saving lives, said Cross River State government through the Ministry of Information and Orientation, has directed all illegal structures under the high tension lines to vacate or face sanctions.

He said the government has observed with dismay the flagrant abuse of the right of way of PHED’s high tension lines by members of the public, despite several calls and directives by Government agencies that people should not build any structure or carry out trading under high tension lines.

“They have contravened the safety standards and thereby put the lives of the citizens at the risk of electrocution.

”‘Government hereby strongly advises all concerned as a matter of urgency in their own interest to remove every structure under the high tension lines in Calabar or face the appropriate sanctions.

“Every life is important to this Government and must be protected”, the PHED boss quoted Cross River Commissioner of Information, Mrs. Rosemary Archibong.

Meanwhile, As a way of ensuring safety standards and guidelines, the Port Harcourt Electricity Distribution Company, PHED, has flagged off a safety awareness campaign in Calabar, the Cross River State capital.

The flag off according to the Manager, Corporate Communications, PHED, John Onyi was to re-awaken the safety consciousness of those trading, living or erecting structures under the high tension lines.

It would be recalled that at least eight people lost their lives and scores sustained various degree of electrical injuries when UNICAL 11Kv lines snapped and rested on top of a football viewing centre at Nyahasang on 20th April 2017.

A similar incidence also occurred on Cameroon 11KV feeder on 21st October 2017 where a nursing mother and a-100 level student of Cross River State University of Technology lost their lives, all in the city of Calabar.