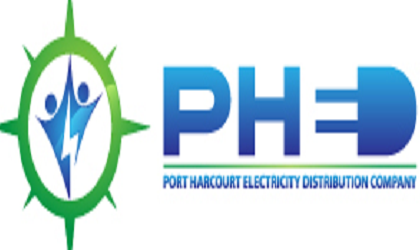 Port Harcourt — The Port Harcourt Electricity Distribution Company has raised the alarm that over 215 of its electricity transformers have been vandalized in the last few weeks in Akwa Ibom, Rivers, Bayelsa and Cross River States.

To this end, the Disco has appealed to members of the public to desist from the despicable act of tampering with its network, fittings, meters, wires and especially carting away of power transformers.

The Managing Director of PHED, Dr. Henry Ajagbawa, lamented that despite the huge investment in infrastructures gulping millions to overhaul ageing assets for efficient service delivery, all effort were being stifled by the horrendous action of these vandals.

Ajagbawa regretted that despite numerous campaigns on vandalism and its associate dangers, including electrocution and untimely death, faceless individuals were still having a field day in their chosen career path of vandalism.

He warned that PHED will not relent in tackling any further case of suspected and purposeful act of vandalism hence, the company will invoke every extant laws against vandals, as vandalism of electricity assets remains a jailable crime under the Miscellaneous Offence Act, Laws of the Federation.

“In recent weeks, the company has recorded more cases of vandalism of its assets than it has ever experienced from inception in 2013, as over 215 power transformers in our franchise area have been vandalized with no end in sight.

“A grave concern for PHED is that the replacement of those vandalized power assets costing millions of naira, is capital intensive and also has the propensity to keep other responsible customers in unforeseen darkness which is a disservice.

“Assuming that the vandals are not interested or choose to ignore the gravity of their actions as law breakers, the willfull destruction and theft of critical power assets is a jail-able offence under the laws guiding public utilities.

“The general public is therefore informed that PHED is more than prepared to tackle any further case of suspected and purposeful act of vandalism hence, the vandals should be warming up for a real battle for their freedom as PHED will invoke extant laws below against the vandals.”

The PHED boss further stated that the habitual act of vandalism poses a highs risk of instigating societal crimes in such a period where the citizenry are experiencing relative peace in the State.

He assured all PHED customers that the company will continue to fulfill its promise of delivering reliable and safe power supply in all its area of coverage.

“Unrepentant vandals heading to their next destination to unleash their plot should note that vandalism is not only wrong but also absurd as the Miscellaneous Offences Act contains provisions dealing with tampering with electrical equipment.

“Clearly, Section 1(9) of the Act provides that ‘any person who unlawfully disconnects, removes, damages, tampers, meddles with or in any way whatsoever interferes with any plant, works, cables, wire or assembly of wires designed or used for transforming or converting electricity shall be guilty of an offence and liable on conviction to be sentenced to imprisonment for life.

“While Section 1 (10) of the Act provides that ‘any person who unlawfully disconnects, removes, damages, tampers, meddles with or in any way whatsoever interferes with any electric fittings, meters or any appliances used for generating, transforming, converting, conveyancing, supplying or selling electricity shall be guilty of an offence and liable on conviction to imprisonment for a term not exceeding 21 years.

“As a means of providing an olive branch to the vandals to restraint from their evil ways, the extant laws against vandalism are very clear with stiffer penalties than imagined by the naked eyes and should not be misinterpreted with negligence as PHED is on the look for vandals.”