PHED, not IPC responsible for blackout in Akwa Ibom – Govt 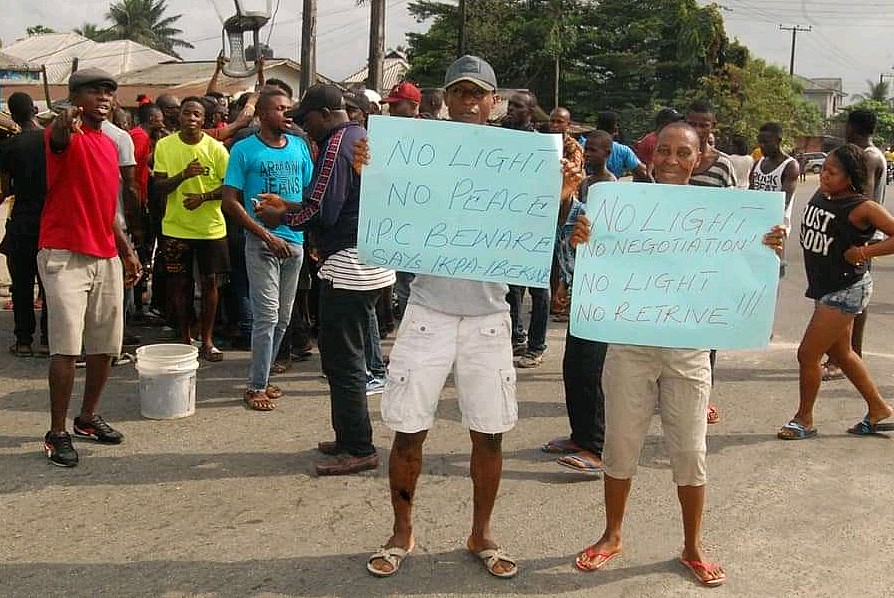 Youths protesting against lack of electricity supply in Ikpa-Ibekwe town

Port Harcourt — The Managing Director of Ibom Power Company Limited, IPC, Engr. Meyen Etukudo, on Thursday, said the company was not the cause of the three years of power outage in Ikpa-Ibekwe town, but the Port Harcourt Electricity Distribution Company, PHED.

Recall that youths of Ikpa-Ibekwe communities in Ikot Abasi Local Government Area of Akwa Ibom State have since Monday, occupied the entrance of IPC in protests against lack of electricity supply in the area.

But, the Managing Director of IPC has come out to say that PHED disconnected Ikot Abasi from the national electricity grid due to N60 million unpaid electricity bills.

Engr. Etukudo said a similar incident occurred about two years ago when PHED disconnected the entire Ikot Abasi from the electricity grid over unpaid electricity bills that allegedly accumulated to about N43 million.

“The money was paid and PHED reconnected the community. Subsequently, when PHED officials went to collect bills for the electricity supplied for that period, the community did not pay and PHED disconnected them because, according to PHED, the bill had accumulated to about N60 million.”

On the community’s agitation to receive power directly from Ibom power plant, Etukudo said that such provision was not included in the original design of Ibom power plant when it was constructed in 2001.