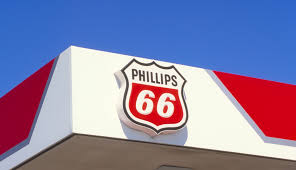 News wire — U.S refiner Phillips 66 posted its second straight quarterly profit on Friday as demand for gasoline, diesel and other distillates bounced back from pandemic lows thanks to vaccinations and easing restrictions.

Energy demand has recovered swiftly from the worst days of the COVID-19 outbreak in 2020, and Brent and U.S. crude oil prices have reached multi-year highs in recent weeks. But product demand has also increased, and that has helped boost margins.

Phillips 66’s realized refining margins jumped to $8.57 per barrel from $1.78 per barrel a year earlier.

Gasoline and distillate consumption in the United States is back in line with five-year averages after more than a year of weak demand due to the pandemic that had also knocked refining capacity offline.

Phillips 66 said its Alliance Refinery in Louisiana, which sustained significant impacts from Hurricane Ida, is expected to remain shut through the fourth quarter.

Total processed inputs rose 12.5% to 168.74 million barrels per day from a year earlier but fell 1.3% from the three months prior.

Excluding a $1 billion impairment charge, primarily due to Hurricane Ida’s impact on its Alliance Refinery, the refiner posted third-quarter adjusted earnings of $1.4 billion.