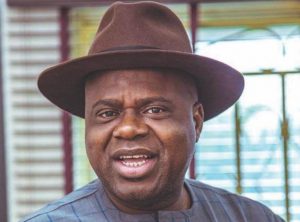 Yenagoa — Bayelsa State governor, Douye Diri, says the 2.5 per cent proposed for the oil-producing communities in the Petroleum Industry Bill, PIB, is grossly inadequate and unacceptable to the people.

He stated this at a town hall meeting on the PIB with members of the National Assembly and stakeholders in Yenagoa, the state capital.

Diri said in a statement by his Chief Press Secretary, Mr Daniel Alabrah: “I restate our earlier submission that the 2.5 per cent proposed for the oil-producing communities is grossly inadequate and unacceptable to us as a people. In our proposal to you, we asked for 10 per cent for the host communities.

In rejecting the 2.5 per cent revenue proposal, he demanded 10 per cent for the oil-producing communities because of the of the harsh effects of oil exploration and production in the Niger Delta.

He alleged that the oil and gas industry was shrouded in secrecy as he maintained that the members of the National Assembly ought to see first-hand the degree of environmental damage due to oil activities for them to understand why 2.5 per cent  was grossly inadequate and unacceptable.