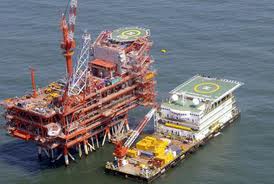 Mr. Osten Olorunsola, Director, Department of Petroleum Resources, DPR who made the disclosure, said passage of the bill will help ensure predictability and commitment, adding: “You need firm commitment and firm predictability of the law. We have to wait for the bill to be passed.”

He disclosed that while major energy companies have toned down their investments and shunned exploration because of uncertainty about the new law, smaller producers are increasing drilling activities in an effort to boost output.

Speaking on recent divestments in the Nigeria oil and gas sector, Olorunsola said the divestments is due to bigger oil majors’ inability to profit from exploration in certain areas producing low volumes of crude.

“A lot of that is coming from all these indigenous companies that are buying assets from Shell as well as some success from some marginal field holders,” he said.

He maintained that the divestments are starting to yield positive results for local oil companies, adding that, “We had about 10 rigs, much more in comparable terms and timing in 2012. And that just shows the success of all these divestments.”

Also speaking, Samir Gadio, a London-based emerging-markets strategist at Standard Bank Plc, said, “The major concern is that oil production has remained virtually stationary over the past few years due to the lack of investment in the sector which partially reflects the uncertainty surrounding the bill.”

The Petroleum Industry Bill, first sent to the National Assembly in 2008, did not become law during the tenure of a previous legislature and was reintroduced by President Goodluck Jonathan in July.

Fiscal provisions in the bill seek to raise Nigeria’s share of revenue to 73 per cent from 61 per cent, Petroleum Minister Diezani Alison-Madueke has stated.

Companies including Shell and Exxon Mobil have criticized the fiscal terms as likely to make investment in offshore oilfields unprofitable. Most have held back on funding more exploration while Shell and ConocoPhillips have sold some of their onshore assets to Nigerian companies.

Bonny Light Crude, Nigeria’s top export grade, gained 0.1 percent to $115.35 in London, the lowest since February 21. Oil exports account for more than 90 per cent of the country’s export earnings and about 80 per cent of government revenue, according to the Petroleum Ministry.

Forty-seven oil rigs were operating in the country’s Niger River delta region in the fourth quarter compared with 37 a year earlier, according to the Department of Petroleum Resources.