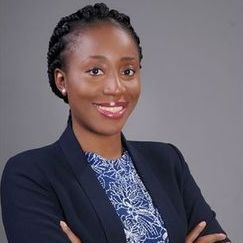 In a statement the Programme Coordinator, NNRC, Tengi George-Ikoli commended the recent efforts made by both chambers of the National Assembly towards ensuring the quick passage of the bill which is long overdue.

According to George- Ikoli ‘NNRC believes that with the commitments and promises by the leadership of both chambers; Senate and the House of Representatives (HoR) exemplified by the public hearings on the Bill which took place from Monday, 25th January to Thursday, 28th January, 2021, there is need to ride the momentum and get all stakeholders on board to achieve what undoubtedly would be the most profound piece of legislation for the transformation of the Nigerian economy’

She said having consistently highlighted the weaknesses in two significant aspects of resource management in Nigeria, the contentious issues surrounding the management of host communities impacted by extraction and the management of the Nigerian National Petroleum Corporation (NNPC), they urged the Federal Government to finally resolve the pervasive issues facing the petroleum sector.

‘The Federal Government is encouraged to do this to ensure that Nigeria will be able to meet global best practices and also to effectively identify, explore, account for and compensate for the negative effects of extraction at all stages of the project cycle and run a National Oil Company (NOC) that is effective accountable with well-defined mandates and an objective of commercial efficiency’ he stated.

She averred that while addressing the consistent gaps revealed by the NNRC Benchmarking Exercise Report (BER) in the past, they called on the Federal government to prepare for the future by earnestly refocusing the country’s energy policies to accommodate the present realities with emerging developments in global energy consumption which encourages the adoption of renewables to support existing fossil fuels.

She added that In doing so the government will not only ensure that Nigeria’s natural resources are managed in a way that secures the greatest benefit for citizens through an inclusive and comprehensive national strategy, legal framework and competent institutions, it will also position the Nigerian economy to benefit in the future.

George-Ikoli reiterated that the key submissions made in its memoranda to the National Assembly, advocating that the PIB provides clarity on the capitalization of NNPC to enable it adapt a commercially focused framework that allows it operate in a competitive space and explore the possibility of an initial public offering (IPO) with more private sector and possible citizen participation as practiced in other countries, allowing for greater transparency and accountability of the Nigerian National Oil Company (NOC), which will allow for meaningful participation of host communities in decision making in managing trust at the Board of Trustees and Management Committee, to engender conducive operating environment.

‘Ensuring mechanisms for dispute resolution are accommodated to address conflicts that may arise in the determination of host community entitlements and liberalization of the midstream and incentivize gas investments by not legislating the base gas price but instead allowing it to be determined by the practical framework that considers cost of production and pipeline transportation’ she said.