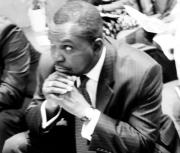 He made the case at the 18th Nigerian Economic Summit, held in Abuja where he presented a paper titled, “The PIB and the Future of Nigeria’s Oil Industry.”

Avuru noted, however, that controversy has dogged the reform process in the
oil and gas sector because of a misalignment of priorities and reduction of the whole PIB process to “a debate about fiscal provisions.”

The Seplat boss, a Fellow of the National Association of Petroleum Explorationists (NAPE), told the gathering that the PIB is “the result
of an elaborate institutional reform process for the oil & gas sector, initiated in 2000″.

He cited examples from successful reform efforts in the telecoms, power, aviation and maritime industries, where he pointed out that reforms have worked largely due to strong regulators like “the NCC for telecoms and NERC for power as well as a focus on private sector as a source of new investments”.