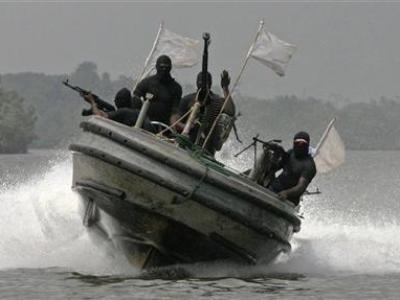 Lagos — A soldier has been killed in Tuomo community, Burutu council area of Delta State, following a clash between military men and suspected pirates.

A community source said the soldier and two of the pirates were killed in the clash.

It was gathered that the suspects, who came on a speedboat, planned to loot an armoury at the military checkpoint in the area.

The pirates were said to have opened fire on the soldiers who swiftly returned fire.

An aide to Governor Ifeanyi Okowa on political matters, Austin Ozobo, who hails from the area, confirmed the attack.

“Yes, you know Tuomo has a military checkpoint. Some sea bandits came on a 150 Horsepower speedboat at 10:30p.m and attacked the military men,” he said.