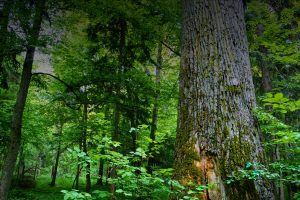 23 November 2018, News Wires — Poland has for more forests to be planted worldwide to capture carbon emissions and so curb global warming, speaking ahead of annual U.N. climate talks to be held in Warsaw next month.

Poland’s hosting of the talks has been contentious given its dependence on high-polluting coal for energy and various environmental disputes Poland’s conservative nationalist government has had with the European Union, including increased logging of the ancient Bialowieza Forest.

Warsaw has repeatedly said it needs time to reduce its reliance on coal and has meanwhile launched campaigns to promote the use of forests to capture carbon, as well as electric vehicles to reduce diesel pollution.

Environment Minister Henryk Kowalczyk noted on Thursday that the U.N. Intergovernmental Panel on Climate Change (IPCC) recently determined that it was not possible to limit global warming without curbing carbon emissions.

The IPPC report said that keeping the Earth’s temperature rise to 1.5 degrees Celsius means making rapid, unprecedented changes in the way people use energy to eat, travel and live.

“The Polish presidency draws attention to this through encouraging the world to undertake concrete measures in this field,” Kowalczyk told a news conference.

The IPCC report said that to limit temperature rise to 1.5C, an increase of up to 9.5 million square kilometres of forests would be needed by 2050, compared to 2010 levels, among other measures. That is equivalent to the size of China.

One third of Poland’s land mass is covered by trees and the country is planting more. Ahead of the global climate talks Warsaw has promoted so called Carbon Forest Projects, which are expected to absorb about 1 million tonnes of CO2.

Greenpeace has called the idea a “cheap excuse” and a “secret weapon” for the climate conference.

“The Forest Carbon Farms have very little scientific basis and marginal meaning for the absorption of Polish greenhouse gas emissions,” Greenpeace said in a statement.

“It is not the way to reach climate neutrality, but in the best case scenario a PR stunt.”

The ruling Law and Justice party (PiS) got into conflict with environmental groups and the EU by increasing logging in the primeval Bialowieza forest.

In April, the EU Court of Justice ruled Poland had broken the bloc’s environmental laws with the logging. The environment minister responsible for the logging was dismissed and his successor Kowalczyk said then that the logging had already been halted and Warsaw would honour the ECJ ruling.