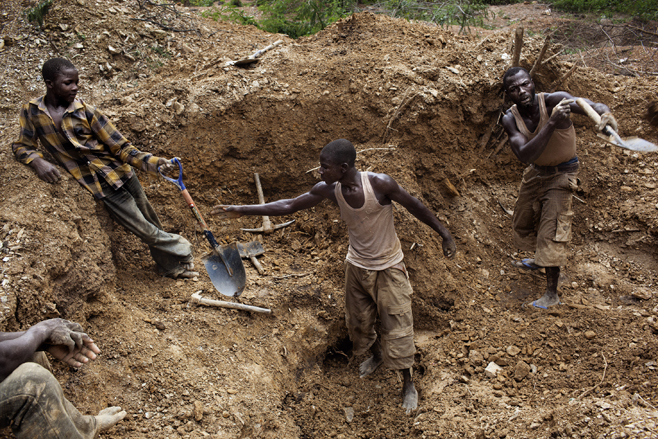 Men work in a mine

07 April 2018, Lagos – The Police Command in Plateau has confirmed the death of two persons in a mining collapse which occurred in Wase Local Government Area of the state.

The command’s spokesperson ASP Terms Tyopev, confirmed the incident to newsmen on Sunday in Jos.

Tyopev told newsmen that the incident took place on April 7.

“At about 23 hours, the Wase Police Division received information that there was a mining collapse which led to the death of two people.

He said that investigation was on to ascertain the remote and immediate causes of the collapse.