Newswire — As U.S. President Joe Biden prepares to visit the Persian Gulf to get more oil onto global markets, political turmoil in another part of OPEC threatens to further undermine the cartel’s production.

Libya’s output has collapsed since mid-April after protesters forced the closure of several oil fields and ports. A tussle between rival administrations for control of the country shows no sign of ending and demonstrations over fuel and power shortages are spreading. Production will probably drop even more without a resolution. 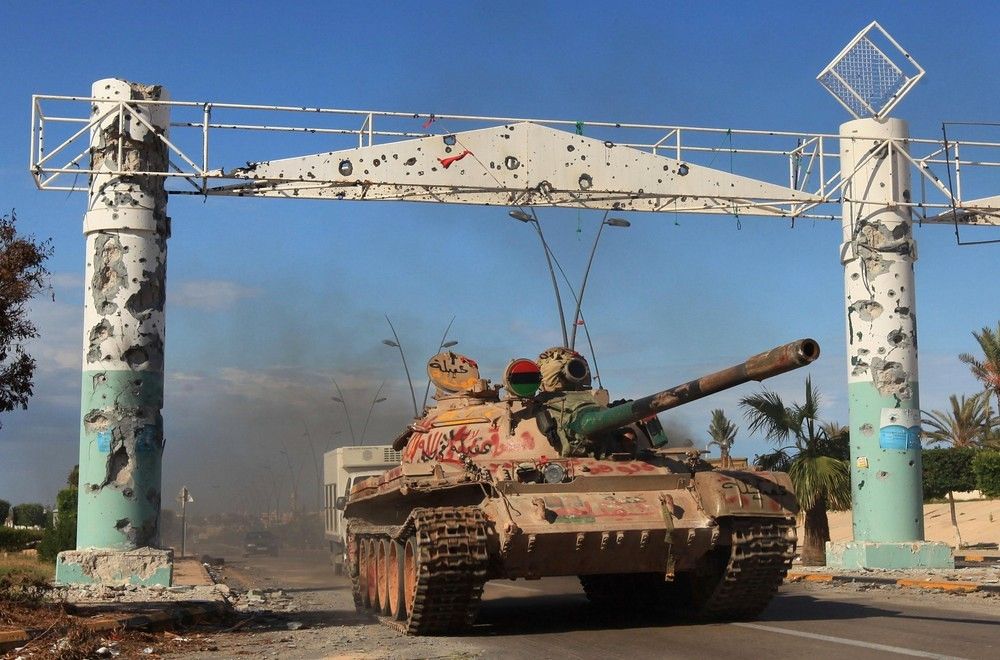 “We lost half of Libya’s supply, and the other half is at high odds of going off in the coming weeks,” said Bob McNally, president of Washington-based consultant Rapidan Energy Group and a former White House official.

The crisis comes just as oil importers call out for more supply. Crude prices surged above $100 a barrel after Russia’s invasion of Ukraine and the West’s imposition of sanctions on Moscow, which pose the biggest disruption to the market in decades.

Oil prices have fallen in the past month amid fears of recessions in major economies. But they’re still up almost 30% this year, with elevated fuel costs leading to higher inflation and exacerbating a cost-of-living squeeze.

Libya’s conflict “has reached high levels of complexity,” said Illiasse Sdiqui, an associate director at risk-management company Whispering Bell. “In all scenarios, the outlook for the oil sector will remain sporadic and sustained production levels are unlikely.”

Exports from the country, home to Africa’s largest oil reserves, declined to a 20-month low of 610,000 barrels a day in June, according to data compiled by Bloomberg.

The state-run National Oil Corp. suspended shipments from the key ports of Es Sider and Ras Lanuf two weeks ago. The nearby terminals of Brega and Zueitina haven’t handled any crude for almost two months, though the NOC lifted force majeure — a legal clause allowing it to halt exports — this week.

The nation has been mired in strife since the fall of dictator Moammar Al Qaddafi in 2011, with its oil deposits routinely exploited for leverage by warring parties.

There’s been peace of sorts since a ceasefire in mid-2020, but it’s looking increasingly fragile after presidential polls scheduled for December were postponed.

Now, there’s a standoff between two governments. Prime Minister Abdul Hamid Dbeibah’s administration in Tripoli, the capital, is backed by Turkey. It’s opposed by Fathi Bashagha, who’s based in Sirte and also claims the premiership. He’s allied with Khalifa Haftar, an eastern general who controls many of Libya’s oil fields and has previously been supported by Russia and the UAE.

‘Chaos Will Continue’
The two sides have held talks in Cairo and Geneva, though they’ve failed to break the impasse.

His forces tried to enter Tripoli in May but had to withdraw quickly.

“Neither government is easy to remove — not least because both are backed by armed militias,” said Alice Gower, director of geopolitics and security at Middle East-focused consultancy Azure Strategy. “Bashagha will soon have to choose between attempting to broaden his coalition or trying again to enter Tripoli. A second attempt would likely meet a similar fate.”

A power struggle over the NOC is adding to the instability in its energy sector. Dbeibah’s government this week said the oil firm’s board must be dissolved and its long-standing chairman, Mustafa Sanalla, should step down, according to several people familiar with the matter. Farhat Omar Bengdara, a former central bank governor, has been appointed as the new chairman, the people said.

It’s unclear if the NOC and Sanalla will accept the decision.

Meanwhile, Libyans are getting more and more desperate.

“Medical services are poor, roads are dilapidated,” said Suleiman Howeij, a 54-year-old father of nine leading a sit-in at an oil site. “We do not benefit from oil revenues. Whether the price of crude increases or decreases in the world market, we can hardly afford the price of bread.”

Demonstrations have spread beyond oil installations, with Libyans taking to the streets in several cities. In Tobruk in the east, the parliament building was set alight.

“We just want electricity, food and no fighting” said Mohamed Abdel-Meguid, a student in Benghazi, the second-biggest city. “I’m starting to think it’s a curse and we’re going to remain like this forever in Libya.”

International powers will have to step in for there to be a solution, according to Tarek Megerisi, a senior fellow at the European Council of Foreign Relations.

“As the increasingly powerful force of public anger collides with the seemingly immovable greed of Libyan elites, it is clear that any solution will require some international support,” he said. “Unless things change, the situation will only get worse.”