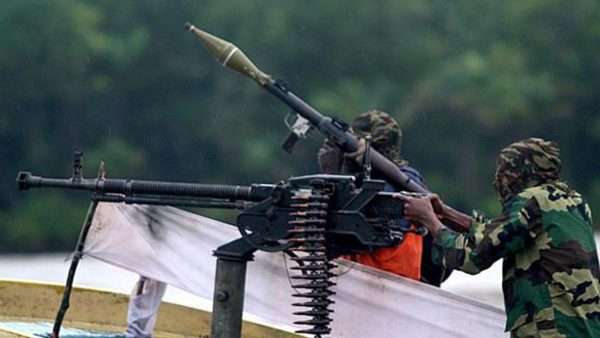 21 February 2019, Sweetcrude, Port Harcourt — The Ijaw Youth Council, IYC Worldwide, has disagreed with the Niger Delta Avengers on threats to resume hostilities and bombing of oil facilities, if the incumbent President, Muhammadu Buhari, returns to power for a second term.

Recall that some self-acclaimed militants called Niger Delta Avengers had last week issued a statement warning that if President Muhammadu Buhari rigs his way back to the office, it would once again cripple the country’s economy, by shutting down oil production in the region.

NDA Spokesperson, General Mudoch Agbinibo, who rejected the purported endorsement of President Buhari by some ex-militant leaders, said Nigeria should be prepared for a perpetual recession if Buhari insists on imposing himself on the people, “as we shall not relent until oil stops to flow in the pipes that brace our feet in our land.”

The group had also warned oil multinational not to be casualties to the ongoing securitisation and provocation in the Niger Delta by Nigeria’s military command.

But in its reacting to the threats, IYC President, Mr. Eric Omare, it is not right for any group to began bombing of oil facilities or disrupt the country’s economy because of elections outcome.

Omare speaking exclusively to our correspondent, said issuing of such threats is not the best approach for the Niger Delta struggle.

According to him, “I don’t think it is right for any group agitating for the development of the Niger Delta region to resume hostilities because of the outcome of elections.

“What is important is to continue with the demand of the Niger Delta people in a peaceful manner rather than resorting to violence. I advise against such an option and call on those threatening to have a rethink.”

On the endorsement and counter-endorsement of political actors and political parties by some ex-agitators in the region, Omare said it was not out of place in a democracy.

“Let the wish of the majority prevail, we are in a democracy, there is nothing wrong with the endorsement of political actors by ex-agitators or anybody, but what matters most is that the will of the majority should not be subverted.”