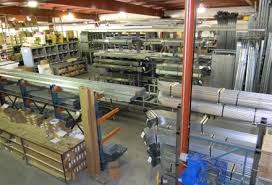 14 August 2014, Lagos –  Poor gas supply to power companies for the generation of electricity and for manufacturing concerns to fire their factories is crippling the economy, THISDAY has learnt.

In the last six months, gas to power disruptions has been the concern of power and manufacturing companies, and it is estimated that manufacturing capacity plummeted, affecting employment and prices of products like cement and others which require heavy duty machines.

The situation is such that operations of small to medium companies are gradually grinding to a halt. For the power generating companies it has worsened to the extent that repayment of loans taken to acquire the assets of the defunct Power Holding Company of Nigeria has been hampered.

THISDAY specifically learnt that some of the banks heavily exposed to power companies are already planning to approach the Assets Management Corporation of Nigeria (AMCON) to get their loans refinanced as the companies are not meeting their repayment obligations due to gas supply disruptions to their plants for generation and subsequent selling of electricity to the distribution companies.

However the prospect of the loans being taken over by AMCON may not be realised as the corporation has severally reiterated that it would not buy anymore non-performing loans in the meantime.

The gas supply-demand gap is also compounded by shortages of low pour fuel oil (LFPO), which used to be obtained easily from the nation’s refineries which are now working far below capacity.

However some manufacturing concerns like Dangote are making contingent and remedial efforts to meet the power demand of their factories.

Dangote specifically is investing about $250 million in coal-based power plants to fire its cement factories in Ibeshe, Obajana and Gboko. The company is also importing LFPO as an interim measure to keep its operations running.

The Managing Director of Dangote Cement, Devakumar V.G. Edwin, said yesterday the company could not afford to fold its arms and wait endlessly for the gas supply situation to improve. To this end, it has decided to take contingent measures so as to keep its factories running.

He said based on preliminary study of the gas situation, it will take several years for it to improve, adding that Dangote has started importing coal from South Africa for use in the coal-based power plants in the company’s factories in Ibeshe, Obajana and Gboko.

“The gas supply situation will take time to improve since there are no real gas pipeline infrastructure in the country,” he pointed out, adding that there is enough gas production, especially at deep offshore oil production which are often flared because of lack of infrastructure to evacuate it to consumers.

Edwin also pointed to the fact that there was also no assurance that the pipeline infrastructure would not be tampered with by militants and or other aggrieved persons seeking government attention.

On why Dangote is importing coal from South Africa while there is huge coal deposit in the country, he said the importation is in the interim as there are plans to explore coal mining by the company to ensure that nothing is lost in the value chain. He also said that South African coal is cheap and of high quality.

“The calorific value is high with a higher ash content,” he pointed out.
He said the first six months of the year was harrowing enough for most manufacturers, that Dangote Cement lost on the average 10 per cent capacity due to shortage of gas and fuel.

“The real cost of gas shortage should be looked at not only from the company’s perspective but from the general economy. Our producing below capacity affected the cost of the product in the market. The retail price went up despite the fact that we did not increase factory prices,” he said.

According to him, the nation’s cement consumption has been increasing at three million tonnes annually, saying that total installed capacity of local cement factories is currently estimated at 30 million tonnes with actual production hovering around 25 million tonnes.