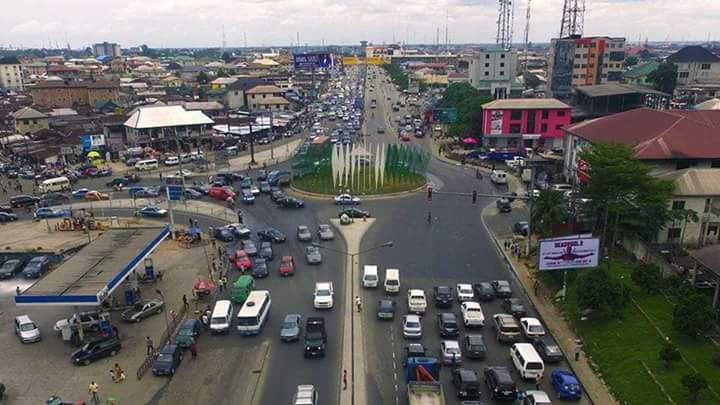 SweetCrudeReports gathered that the petroleum tanker which was laden with 33,000 litres of Automated Gasoline Oil, popularly called diesel, was descending from the bridge at Saint John to Garrison Roundabout when its brakes failed, leading to the truck veering off to hit the road pavement in a bid to maintain stability.

This led the truck to overturn and spill some of its content while commuters scampered to scoop the spilled product from the ground, as motorists hurried to move away from the scene of the incident to avoid the Lagos-Ibadan tanker explosion experience, as the road immediately became slippery due to the spillage.

The prompt intervention of men of the Rivers State Fire Service, who stormed the scene of the incident to cordon the area and spray chemicals on the spilled petroleum products to avoid explosion saved the day as people were already in their numbers scooping the product into various containers.

Speaking on the incident, the Rivers State Commissioner for Special Duties, Mr. Emeka Onowu told our correspondent that men of the fire service were on ground to handle the situation.

Onowu, disclosed that security operatives were also on ground to stop the people from scooping the petroleum products in order to avoid fire outbreak.

According to him, “Immediately we received the call, we swung into action. I had to call the Chief Fire, and on getting there security operatives were already there driving away people who were trying to scoop the diesel.

“So we poured chemicals on the spillage, and our firemen were on ground to arrest the situation.

“I just want to assure members of the public that they should not panic, everyone should go on with their normal business. The place has been taken care of.”