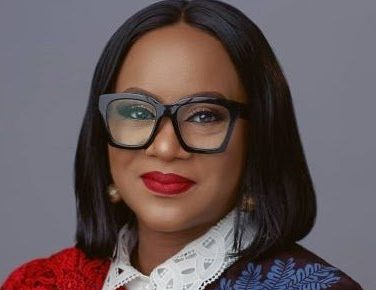 *President of the NGA, Audrey Joe-Ezigbo

Lagos — The Nigerian Gas Association, NGA, has called for in-country utilisation of natural gas instead of export as a lesson learnt from the COVID-19 pandemic where crude oil-producing countries were unable to export their oil.

The call was made during a virtual seminar organised by the Nigerian Gas Association, NGA over the weekend.

Themed: ‘A natural gas, roadmap for Nigeria’s recovery, growth, and prosperity’, Deputy Managing Director Falcon Corporation and President of the NGA, Audrey Joe-Ezigbo said Nigeria needs to create channels where it can use its own gas to create capacity to build technology and ensure industrialisation such as providing the power that it needs.

According to her, even as Nigeria is a major gas resource holder, and exporter, the country still struggles with domestic industrialisation with unmet domestic gas demands and insufficiency in gas supply to the power sector for power generation.

“…and this is not rocket science as we know because, for every dollar of gas that you invest, you find a three dollar increase in GDP. This is imperative for Nigeria given our current situation; that we must finally begin to take very clear steps to change the narrative and build an aggressive gas industry as this is what will underpin the attainment of the Nigerian economy recovery goals and objectives”, she said.

As the economy faces some challenges over the past few years, there have been clamours for diversification of the economy to ensure that other sectors also contribute their quotas to development and earn more revenue for the country.

She added that gas has the resource to be a key driver of rapid development in Nigeria as seen in several countries like the U.S, UK, and even Africa.

“Gas can provide large employment, and for a country that has large unemployment statistics such as ours, we significantly need to ramp up gas usage to create value. We know that in using gas for the economy, we are able to create direct employment through exploration, transportation, and distribution of natural gas. We are also able to create indirect employment through the industries and manufacturing sectors that use them. There is also induced employment because as the welfare of those in the industry improves, there are also being able to reintroduce their income back into the economy creating a cyclical demand of goods and services that are output of the gas industry”, she said.

According to him, the current economic situation shows that there is less appetite for investing in hydrocarbon.

“…that is why the federal government is taking steps to bring investors and also invest in alternative energies. This has been demonstrated in FID of NLNG Train 7 already taken. And for the fact that PMS has been deregulated opens space for competition”, he said.

According to him, lack of gas infrastructure and sufficient gas molecules could stall government’s intention to grow gas investments.

On his part, Managing Director of the Nigerian Gas Marketing Company, a subsidiary of NNPC, Mr. Mohammed Ahmed said the industry is faced with enormous challenges such as gas pricing which he said is compounded by the annual escalation factor.

This he said is worthy of consideration as the impact is always on the end-users.

He also called on government to look into the changes in exchange rates which he said will also be passed on to the end-users.

“in as much as we are trying to see that the gas gets to the end-users, there should be some sort of, not necessarily subsidies but policies to guide and benefit the end-users while at the same time make sure investments in the sector take place”, he said.