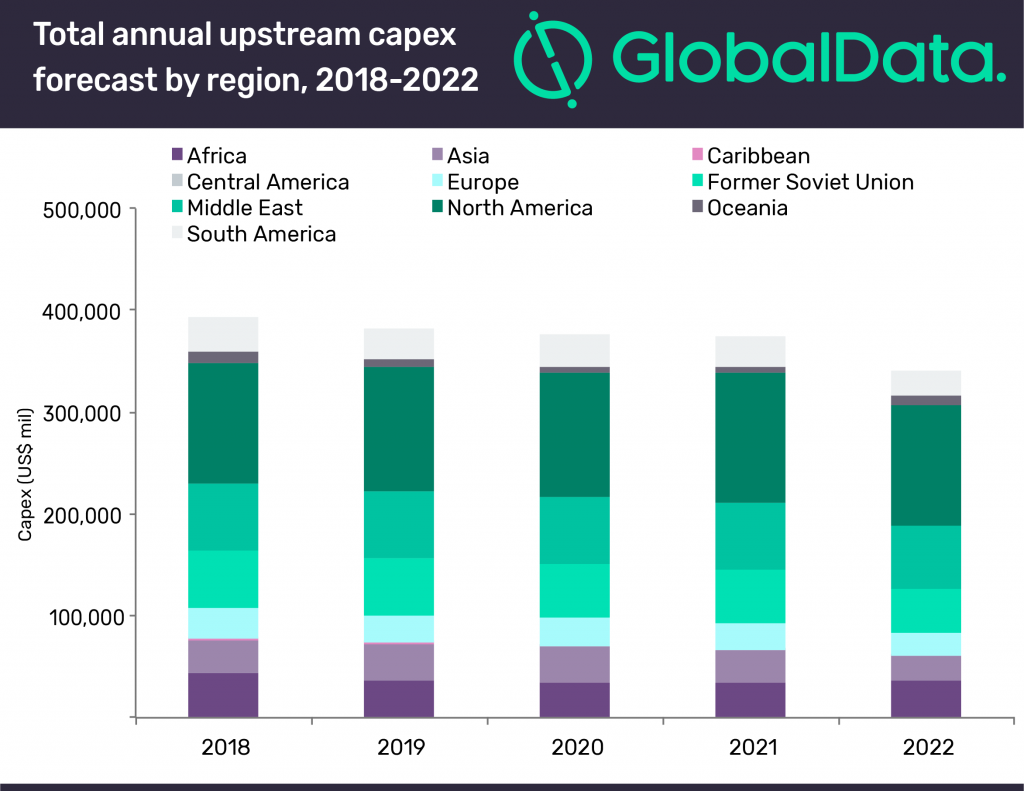 28 April 2018, Sweetcrude, Houston, Texas — Analysis of the global upstream in March 2018 revealed that oil and gas production is expected to increase by 2.3 percent between 2018 and 2022. Globally, total production outlook is expected to increase to 60,997 million barrels of oil equivalent (mmboe) by 2022. The total production outlook in 2022 has decreased by 517 mmboe when compared with February’s analysis, according to GlobalData, a leading data and analytics company.

In Africa, a conventional oil ultra-deepwater discovery, Boudji-1, was made in Gabon in March 2018 and the region has no planned and announced field additions.

The production start year of 10 planned and announced projects was postponed in March when compared with February. Of these, four are in Africa, two in Oceania, and one each in Asia, Europe, Middle East, and North America. There were no abandoned fields, and no planned and announced fields were transformed into producing fields throughout March.