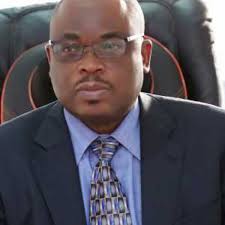 Oscarline Onwuemenyi
25 August 2017, Sweetcrude, Abuja – The Abuja Electricity Distribution Company (AEDC) has announced that it has improved its electricity carrying capacity to 800 mega watts (MW) even as it maintained that it has not been getting anything near its capacity from the national grid.

The Head of Media and Publicity, Ahmed Shekarau who disclosed this in Abuja in response to recent claims that point to the distribution companies (Discos) as the weakest link in the electricity value chain said at no point in time has AEDC gotten up to capacity from the grid, adding that the Disco is only entitled to 11.5% of whatever is generated in line with the allocation formula.

The Minister of Power, Works and Housing, Mr. Babatunde Fashola, only last week lamented that the greatest challenge on the path of the journey to improved power supply was the inability of the Distribution companies to take all the power that can go on the grid.

According to Fasjhola, “Today’s improved gas suppley also coincides with the onset of the rains which gives us added power from the Hydros. The available power that can go on the Grid as at August 10, 2017 is 6,863 MW. The transmission capacity is at 6,700MW.

“The primary constraint at the moment is the inability of the distribution companies’ 33kV infrastructure to collect all the power that can be delivered at the 750 33kV delivery points at transmission substations and distribute the energy to paying customers.

Speaking to journalists in Abuja, Shekarau said, “AEDC has improved its capacity to the extent that it can distribute up to 800MWs if allocated. However, in the past few months, AEDC allocation has from transmission has not for one hit 500MWs.

“For instance, AEDC’s highest allocation from the grid in June, 2017 was 473.49MWs, while the highest in July so far is 492.87MWs. So can anyone say we are not capable of carrying more power when we have a capacity that is far above what we are getting.

“However, I am only speaking for AEDC because we are 11 companies that distribute Power in the country, but I think the experience may not differ as much.”

He urged the government to step up action in ensuring that the point where the lacuna is identified with a view to fixing it, adding that they as a Disco can do successful business by the more power they give to customers.

In the same vein, the Head of Corporate Communication, Kaduna Electric, Abdulahi Abullazeez while speaking to leadership on telephone said what the Disco which is entitled to 8% of transmission gets is not even enough to power one state on its franchise area well.

“As it is now, I think transmission is the problem. It is not fair to say the Disco have no capacity to use all that can be generated when what we are getting is not enough.

“We are making a clarion on the federal government to channel more effort towards getting the transmission system on track in the interest of improved electricity supply. We are interested in giving the public light for them to pay,” he said.