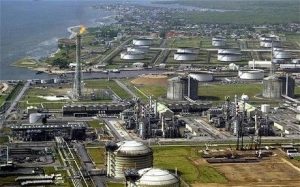 Power went down at the export terminal operated by Mobil Producing Nigeria Unlimited – the ExxonMobil subsidiary – last week, causing a fall in Nigeria’s export volume, oil differentials and the actual price of the nation’s crude in the international market.

Specifically, the development has seen the pace of crude oil loading at the facility drop.

Loading to supertankers went down to about 25,000 barrels an hour instead of the normal rates of around 30,000 barrels per hour, according to Reuters.

As at the weekend, March loading for Qua Iboe crude was offered at a premium of between $1.80 and $1.90 a barrel above dated Brent, down from around $1.95 by Thursday last week and from around $2.15 at the start of last week, traders said.

An overhang of unsold cargoes also helped bring down prices of Bonny Light and Qua Iboe which had been indicated at more than $2 a barrel above dated Brent throughout February.

The oil trading company Vitol sold a cargo of Qua Iboe, though, according to Reuters, the identity of the buyer was not immediately clear.

Spanish oil major Cepsa was reported to have bought a cargo of Usan from Chevron.

Before the report of the power failure at the Qua Iboe terminal, Nigeria’s oil grades were said to have been doing well in the market.

It was gathered that demand for Nigeria’s oil was on the high side as cargoes for March was almost sold out.

Market reports as at Tuesday, indicated that less than five cargoes were left as a result of high demand by European refiners.