on: September 02, 2015In: Power
02 September 2015, Sweetcrude, Abuja – The Federal Government will continue to strengthen the Nigerian Bulk Electricity Trading Plc, NBET, the Nigerian Electricity Regulatory Commission, NERC, and the transmission company in furtherance of the reforms in the power sector, Permanent Secretary in the Ministry of Power, Ambassador Godknows Igali, has said. 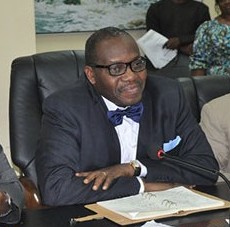 Igali, who spoke in the backdrop of the recent signing by the government of a N47.4 billion ($237 million) risk guarantees with the World Bank in support of the 450 megawatts Azura-Edo Independent Power Plant, IPP, after it took three years to complete the loop, praised NBET, a special purpose vehicle, which under licence from NERC, purchases electricity from the generating companies through Power Purchase Agreements, PPAs, and sells to the distribution companies through vesting contracts, for efforts.

“I commend NBET for a job well done,” Igali said as he also commended “sister agencies especially the Ministries of Finance and Justice for their support and the World Bank for its partnership”.
The N47.4 billion ($237 million) risk guarantees the government signed with the World Bank comprises a Debt Mobilisation Guarantee (capped at USD $117 million) and a Liquidity Guarantee (capped at USD $120 million).
The combined value of these guarantees serves to leverage a total investment in the Azura power plant of more than $900 million made by a set of 20 international banks and equity finance institutions drawn from nine different countries.
According to a statement from the Ministry of Power, parties to the agreement included the Federal Government represented by the Ministry of Finance and Nigerian Bulk Electricity Trading Plc, the World Bank in its role as the provider of the guarantees; the project sponsors represented by Azura Power West Africa Ltd (Azura); and various lenders represented by JP Morgan, Standard Chartered Bank, Rand Merchant Bank, Standard Bank; and Siemens Bank.
The execution of these World Bank Guarantees comes on the back of the release, earlier this month, of the Federal Government Solicitor General’s Legal Opinion confirming the validity of the Put-Call Option Agreement that was signed last year by the Federal Government, NBET and Azura Power.
The Azura-Edo IPP, which is located on the outskirts of Benin City, comprises an open cycle gas turbine power station; a short transmission line connecting the power plant to a local substation and a short underground gas pipeline connecting the power plant to the country’s main gas-supply.
The first phase of the plant, which is targeted to come on stream in 2018, is forecast to create over 1,000 jobs during its construction and operation.
The Azura project played a path-breaking role by helping to set the contractual framework for the development of other, large-scale IPPs, several of which will also benefit from the World Bank’s PRG programme.