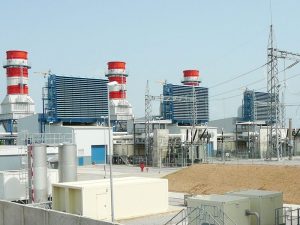 Lagos — Following recent controversies over the state of the Azura-Edo power deal, Special Adviser to the President on Infrastructure, Mr Ahmed Zakari, on Wednesday said no documents signed from 2013 to 2015 stated that Nigeria would be liable to pay $1.2bn if it defaulted on the Independent Power Plant, IPP, contract.

Zakari, in a statement entitled ‘Partial risk guarantee not an issue in Azura-Edo IPP contract’, quoted the Presidency as saying: “Clearly, the controversy as to who signed the agreements has no real basis, if indeed the only quest is for the plain truth.”

The clarification came after Chairman of the Senate Committee on Power, Gabriel Suswan, last week said the regime of President Muhammadu Buhari  signed power agreements with Azura to generate 450 megawatts of electricity.

As a result, Senate expressed concern over the monthly payment of $30m by the federal government for power and resolved to assemble local and international experts to review the agreement.

According to Zakari, those who argued that the signing of the World Bank guarantees made the Federal Government under Buhari responsible for contracting Azura needed only to look at the two basic transaction documents.

“Another curious mischief in this controversy is the assertion that Nigeria will become liable in the sum of $1.2bn if it defaults on the Azura contract. Nowhere in any of the documents signed from 2013 to 2015 is any such figure mentioned”, he said.

“The only possible payout indicated in any of the agreements is in case the put and call option is activated.

“In that event, the cost of the plant would be worked out using a formula and become due for payment, but at least Nigeria will get in return a functional 461MW plant.”

Zakari explained that since the Buhari government had chosen not to repudiate the deal, it went ahead to issue the required legal opinion and signed the World Bank guarantees that had been initiated in April 2014.