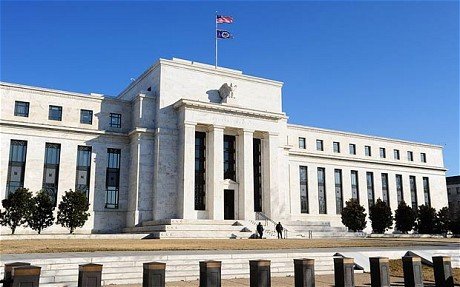 15 July 2018, Sweetcrude, Lagos — On average, the US dollar continued its trend of appreciation in June that started in mid-April as a result of expectations for a faster pace of monetary tightening by the US Federal Reserve (Fed).

Meanwhile, other major economies’ central banks are expected to keep their monetary policy stances more accommodative in view of the slowdown in their economies in the first quarter, according to the Organization of the Petroleum Exporting Countries, OPEC’s Monthly Oil Market Report, MOMR for July.

According to the report, during the month reviewed, the Fed decided to increase the federal funds rate by 0.25 pp to 1.75-2.00%, with a median expectation by Fed policymakers that two more hikes this year would be necessary.

This entails an additional increase in interest rates from the policymakers’ previous assessment in March.

Against the euro, the USD increased by 1.2% m-o-m in June and was up by 1.4% y-t-d, partly as the ECB chose to expand the asset purchase programme from October until December 2018, although at a reduced pace of €15 billion per month, down from €30 billion previously decided on up to September 2018.

At the same time, the ECB continued to signal that potential rate hikes would not materialize before the summer of 2019.

Meanwhile, the USD lost 0.7% m-o-m in June against the Swiss franc.

Against the Japanese yen, it was relatively stable during the month, rising slightly by 0.3% m-o-m in June, as the Bank of Japan’s monetary policy was not altered at its June policy meeting after some downgrade in its inflation view.

Against the pound sterling, the USD advanced by 1.4% m-o-m in June as the Bank of England was still expected to proceed cautiously with rate hikes until further data confirms recovery of economic activity in the second quarter.

Comparing the USD with currencies in emerging markets, the USD advanced against the Chinese yuan in June by 1.3% m-o-m, and at the beginning of July is trading around early December 2017 levels.

The USD advanced by 0.4% m-o-m against the Indian rupee, in spite of an increase in interest rates that materialised by the Reserve Bank of India at the beginning of June.

Against commodity exporters’ currencies, the USD advanced by 3.8% m-o-m against the Brazilian real, down by 14.6% this year, while against the Russian ruble, it increased by 0.9% m-o-m, down by 7.2% this year, mainly as a result of sanctions imposed by the US government on Russia.

The USD experienced further increases against the Argentine peso, up on average by 12.1% m-o-m in June, and by around 50% y-t-d, although the central bank intervention through further monetary tightening and support from the International Monetary Fund, IMF recently slowed the peso’s depreciation.

This depreciation has recently resulted in inflation readings of 15.4% y-o-y in June.

With regard to the North American Free Trade Agreement, NAFTA member’s currencies, the US dollar increased by 4.2% m-o-m in June against the Mexican peso, partly on the uncertainty surrounding the general elections, but it has recently recovered a significant portion of those losses.

Against the Canadian dollar, the US dollar increased by 2.1% m-o-m. Uncertainties regarding trade disputes with the US remained a drag on both currencies.

In real terms, after accounting for inflation and currency fluctuations, the OPEC Reference Basket, ORB decreased to $47.18/b in June, from an adjusted $47.33/b in May due to the changes in inflation rates (base June 2001=100).

Over the same period, the USD increased by 0.8% against the import-weighted modified Geneva I + USD basket1, while inflation was relatively stable m-o-m.