Promoters of AMES-Edo ICD shops for N4.4billion to complete project 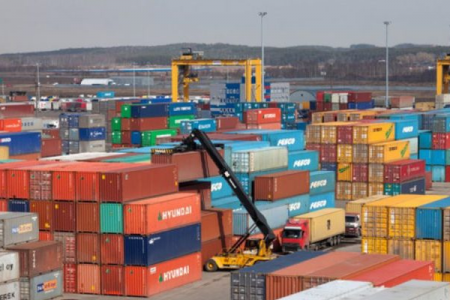 Lagos — The promoters of the AMES-Edo Inland Container Dry Port in Auchi, Edo State, are currently shopping for as much as N4.4billion from interested investors to complete the construction of the port.

Disclosing this to Vanguard Maritime Report, Chief Chris Orode, project transaction adviser, disclosed that the Port is about 80 percent complete adding that the Federal Ministry of Transport has given provisional approval to allow for investors to come in.

Orode said that funding was to complete some identified gaps like the pavements and internal drainage system.

Orode, a former Director at the Nigerian Shippers’ Council, also said that the project is a Private Public Partnership, PPP, adding that the Edo State Government has a 20 percent stake in the port.

He said; ‘‘The Federal Ministry of Transport granted an approval in principle for the AMES-Edo Inland Dry Port project in Edo State to be able to attract foreign investors to provide fund to address the gaps identified by the project Steering Committee of the FMOT.

‘‘The project is about 80 percent complete, the value of the project at this point is not for the public until completion. However we are sourcing for N4.4 to address the identified gaps.

‘‘Though the 18.2 hectares of land was acquired by the promoters of the project and the State government has granted the Certificate of Occupancy and is the process to signing a Memorandum of Understanding, MoU with the State Government. Do not forget that the ICD guidelines provide that the State should fund the infrastructures.

‘‘Edo State is so strategic that from Benin City, you can have logistics corridor linking some states in the South West the South-South, the South East and the Middle Belts. Hopefully, by the third quarter of 2021 and based on the grant prepared grant chart, the project should have been concluded’’.